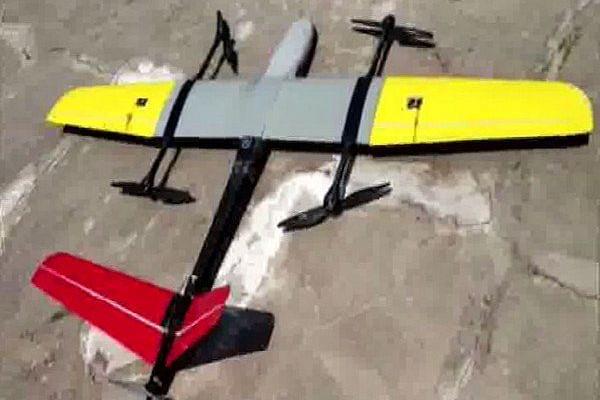 The drone used to make the delivery of the blood sample. (@ani_digital/Twitter)

In Uttarakhand’s mountainous Tehri Garhwal district, a successful trial run was conducted of a drone carrying a blood sample from the Nandgaon district hospital to a primary health centre in Tehri town, located some 30 kilometres away, reports India Today.

The drone completed the journey in about 18 minutes, meaning that it had reached a travel speed of 100 km per hour. The successful experiment bodes well for providing better medical access to those patients who inhabit remote areas.

The company which produced the drone is CDSpace Robotics Limited, which is run by an IIT alumnus, Nikhil Upadhye. The drone was deployed as part of a tele-medicine project which is being tested out in the district.

Additional drone flights for medical purposes will happen in the next few weeks as part of tests to check the reliability of the method.

The carrying capacity of the drone is half a kilogram, and it carries enough charge to travel about 50 km at one go.