Uttarakhand: Gates Of Shri Kedarnath And Yamunotri Temples Closed For The Winter Season 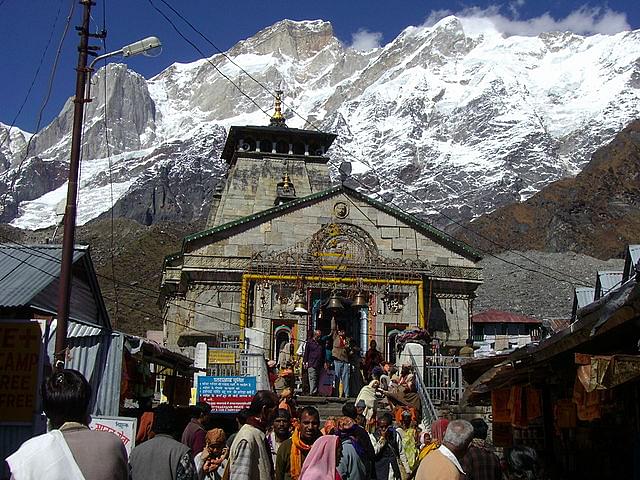 The portals of the holy temples of Shri Kedarnath and Yamunotri have been closed for the winters amid special prayers and chanting of Vedic mantras on Friday (9 November), The Tribune has reported.

Hundreds of devotees attended the gate closing ceremony despite the intense cold weather at both the shrines which are situated in the Himalayas in Uttarakhand.

The portals of Shri Kedarnath temple were closed at 8.30 am while those of the Yamunotri temple were shut at 12.15 pm on the occasion of Bhai Dooj after which deities of both the temple were being shifted to their winter abodes at Ukhimath and Kharsali respectively.

Both the shrines are part of the famous Char Dham Pilgrimage in Uttarkhand that also includes Shri Badrinath and Gangotri temples.

After the gate closing ceremony, the idol of the Lord Shiva was taken on a flower bedecked palanquin to his winter abode at Omkareshwar temple at Ukhimath, where it will be worshipped during the winter season, said Harish Gaud, spokesperson of Badri-Kedar Temple Committee (BKTC).

He said that the special pooja of Shri Kedarnath started at 4 am and went on for four hours.

The palanquin carrying vigraha of goddess Yamuna left for the winter abode of the goddess at Kharsali village where the deity will stay for the winter season, said Jagmohan Uniyal, vice president of the Yamunotri Mandir Samiti adding that nearly four lakh devotees visited the shrine this year.