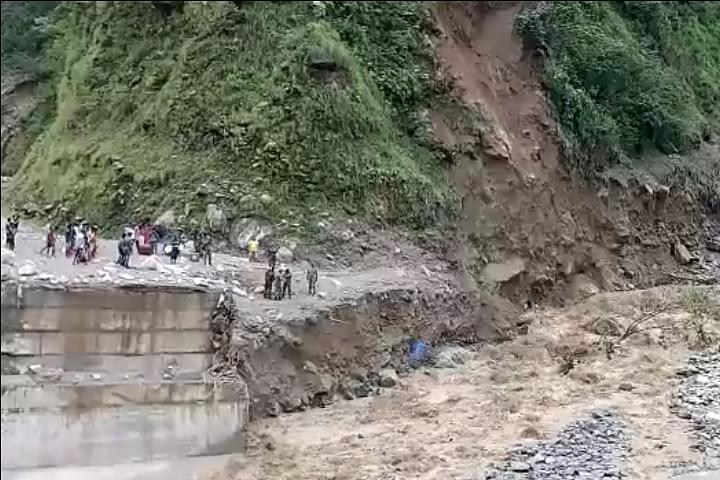 Indian Army troops have been rushed to Uttarakhand’s border Pithoragarh district for rescue operations after heavy rains caused havoc in the area.

An army column was deployed to Munsiyari and Dharchula areas to assist the local administration after the region witnessed flash floods and cloudbursts on Tuesday (28 July) and Wednesday (29 July), leaving several villages cut off.

“A rescue column of Indian Army was mobilised to carry out evacuation of stranded people in three villages,” said a senior Indian Army Officer.

The roads connecting various villages were cut off after they were washed away due to overflow of water in ‘nalas’ and Gori Ganga river in Munsiyari area.

The army said that the rescue operation which is spear-headed by troops is still in progress.

A dozen villages got disconnected from district headquarters after an important bridge connecting Munsiyari with Jauljabi was washed away. The road was also used by villages along the China border.

Seeing the havoc, the Indian Army was called out to assist in rescue operations.