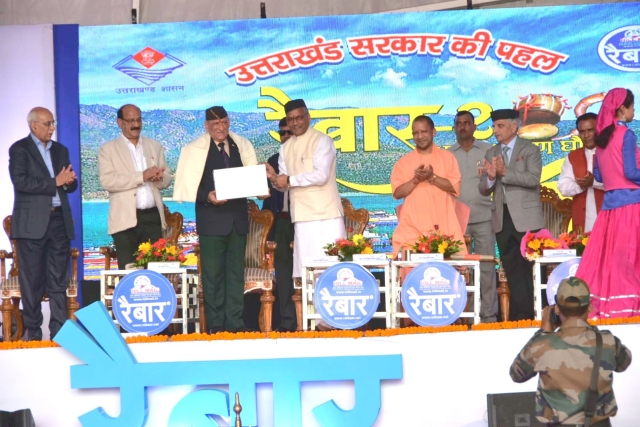 The Indian Army, with support from Uttarakhand government, will be constructing airfields in the hill state, which shares border with China, to boost the connectivity as well as defence preparedness, reports India Defence News.

Working with Uttarakhand government, the Army and the Air Force will also provide support to the state machinery in their efforts to boost connectivity, infrastructure and telecom facilities in areas close to the border with China.

Advance landing facilities in high altitude areas of the state will make it easier for the Indian military to quickly mobilise forces to check on any aggression by China.

“When I recently met Chief Minister Trivendra Singh Rawat, he said that advanced landing grounds or airfields should be constructed in the areas bordering China. We are speedily working on it,” Chief of Army Staff (COAS), General Bipin Rawat was quoted in the report as saying.

General Rawat was addressing the 'Raibaar conference' held on the banks of Tehri lake in Uttarakhand on Sunday (3 November).

The COAS further added, “Army is also helping the locals living in border areas in taking up occupations such as walnut and pine-nut farming.”

Ever since coming to power in 2014, Modi Government has been extensively focusing on improving roads and building high altitude air fields for strategic purposes near border regions. Besides, all-weather roads, communication lines, railway infrastructure are being built in border areas for bolstering country’s defence preparedness.

The Border Roads Organisation (BRO) had built an alternative road to connect the Doklam valley, were India and China had a 73-day long military standoff in 2017, along the Chumbi valley where China, Bhutan and India converge.

Since 2014, out of the 61 strategic roads covering 3,346 km being built by BRO along the India-China border, 3,298 km are now connected. Nearly 2,400 km of these roads are already blacktopped, making them all-weather roads.