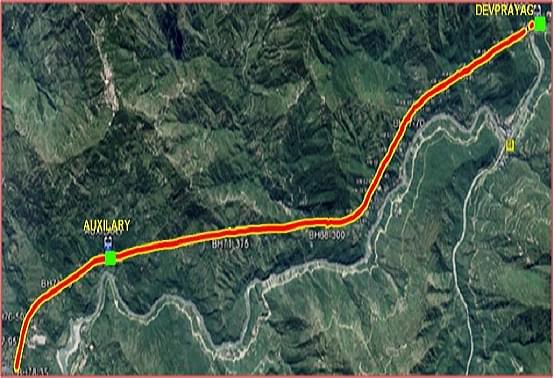 Construction major Larsen & Toubro (L&T) has submitted the lowest bid for a tunneling work on the ongoing 125 km long Rishikesh-Karnaprayag railway line in Uttarakhand, that has 12 stations on the route, reports the Metro Rail Guy.

The Package 4 of the project connects chainage 47.360-63.118 and at least two tunnel boring machines (TBM) and some new Austrian tunnel method (NATM) will be employed during the construction.

The package will cost approximately Rs 3852.48 crore and the Rail Vikas Nigam Ltd (RVNL) had called for bids for the same in February last year. The project is slated to be completed within five years and the overall components of work include the construction of tunnels, construction shaft and other ancillary works.

L&T hasn’t been awarded the contract yet but they are hopeful of bagging the project having put forth the lowest bid of Rs 3337.60 crore.

Gulermark follows L&T with a bid of Rs 3483.34 crore whereas Afcons Infrastructure and Megha Engineering and Infrastructure (MEIL) with proposals of Rs 3790.80 crore and Rs 4019.94 crore are the other bidders for the project.