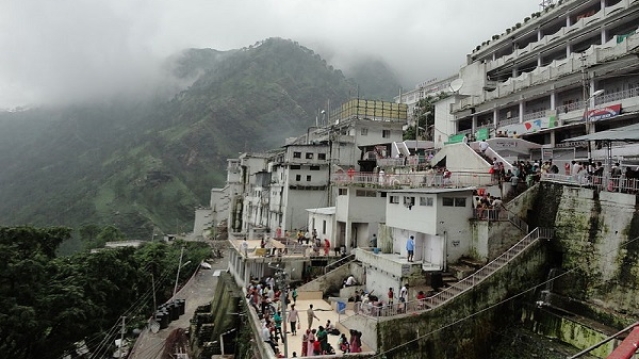 The governor is, in fact, the chairman of the Shri Mata Vaishno Devi Shrine Board, whose CEO Simrandeep Singh will be present among devotees at Vaishno Devi Bhawan. Governor Malik has made the inauguration from his official residence at Raj Bhawan in Jammu.

An official stated that the project would help reduce the distance of travel and the time taken for the journey. He added that, “Bhawan-Bhairo Ghati ropeway project is strategically planned for crowd management to help elders and people with heart problems.”

The official explained that at any one time the cable cars could accommodate 40-45 passengers along with their luggage. The fare for each person is a fixed Rs 100 for the three-minute journey.

While the cable cars will only be operational during day time, they will still be able to carry around 3,000-4,000 devotees in a single day. Special seating arrangements for the disabled and medical facilities for passengers have also been made available.

Among Vaishno Mata devotees there is a religious belief that without a visit to Bhairon Ghati, the pilgrimage remains incomplete. The trek to the spot earlier used to mean an extra trek of 3.5 km for pilgrims.

Meanwhile, special trains have also been initiated by the railways to deal with the rush during the pilgrimage season at Vaishno Devi, running between Anand Vihar station in Delhi and Shri Mata Vaishno Katra station in J&K. These trains will be in place from 23 December to 15 January 2019, running on a weekly or bi-weekly basis.