Vaishno Devi Pilgrims To Soon Be Able To Travel To Katra On Vande Bharat Express; Travel Time To Reduce To Eight Hours 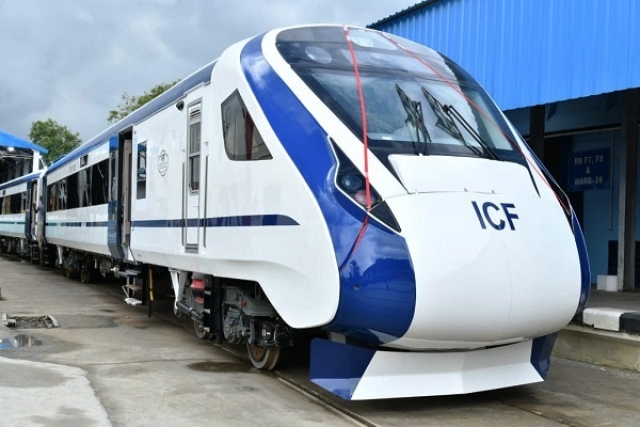 Pilgrims on their way to the Vaishno Devi shrine in Jammu & Kashmir (J&K) will soon be able to cover the journey till Katra on Indian Railway’s fastest train, the Vande Bharat Express, reports Zee News. The central government has decided for the train to be launched between the New Delhi station and the Katra station in the near future.

The Vande Bharat Express will cut travel time between the two stations to just eight hours from the current 10-12 hours. The train would make stops on the way at Ambala, Ludhiana and Jammu Tawi.

The train will begin its journey at 6 am from New Delhi, reaching Ambala at 8.10 am, and then arriving at Ludhiana at 9.22 am. Jammu Tawi will be reached at 12.40 pm and Katra at 2 pm. The train will operate at 130 kilometers per hour on the leg between New Delhi and Ludhiana and trials at the same speed will commence soon.

The Vande Bharat Express, previously known as Train 18, began its first commercial service between New Delhi and Varanasi, and his already broken records of punctuality and speed.