Vajpayee Planned Surgical Strikes After 2001 Parliament Attack But Had To Drop It At Last Minute: Former Navy Chief 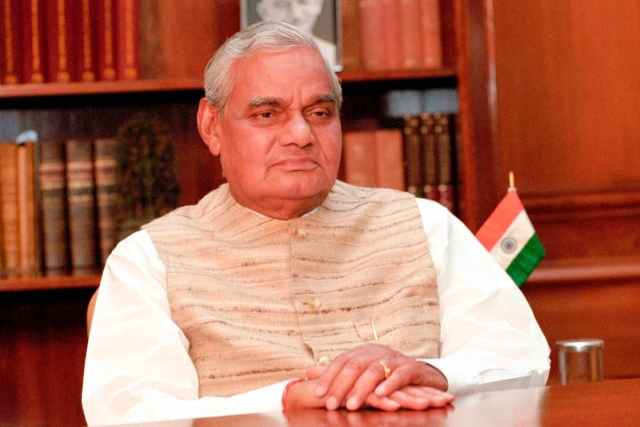 In his book "A Prime Minister to Remember: Memories of a Military Chief" (Konark Publishers), Admiral Kumar said that the mood was of a retaliatory strike after the attacks and soon after, the three armed forces chiefs met Defence Minister George Fernandes and National Security Advisor Brajesh Mishra in the Army Operations Room.

"Discussions were focused on delivering a swift riposte which was the need of the hour and the contingency plan selected was to destroy a huge Pakistani Army training camp for terrorists located across the LoC and deep inside Pakistan Occupied Kashmir (POK)," he said in the 135-page book.

He added that while the Army units in full readiness and all systems were in operation, a last minute intelligence caused the plan to be dropped. It found that the terrorist camp was cleverly shifted to a nearby location sandwiched between a school and a hospital. Any strike in the situation would have put several innocent lives in danger.

"Frantic consultations took place and the final decision of Prime Minister Vajpayee was to stand down. Accordingly, this operation was aborted, as striking the selected target would have resulted in unacceptable collateral damage."

The book also says that the Cabinet Committee on Security met after 9/11 to discuss US requests that Indian armed forces should join the US-led coalition for Operation Enduring Freedom, the war against Afghanistan. The Admiral Kumar said that External Affairs Minister Jaswant Singh wanted India to support the US war on Afghanistan in the wake of 9/11. However, the military chiefs disagreed and Vajpayee ultimately decided in latter’s favour.