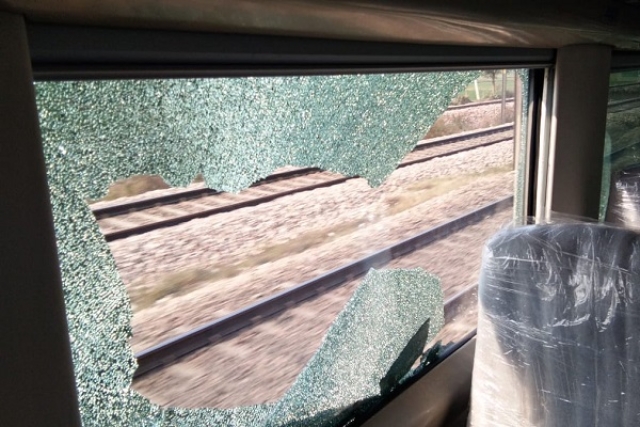 In a latest development, the first coach set of Train 18, Indian Railways’ first engineless semi-high speed train, has been damaged in an act of vandalism by stone pelters during a trial run between Delhi and Agra. The train also touched a record speed of 181 kmph during the trials.

Miscreants had thrown stones at one of the train’s windows, causing it to break. This act of vandalism was also confirmed by General Manager of Integral Coach Factory (ICF) Sudhanshu Mani.

Previously, another premier train launched by the Indian Railways, the Tejas Express, had witnessed acts of vandalism and theft by passengers, with LCD screens and power outlets being damaged, forcing the Railways to withdraw some amenities from the train.

Train 18 is a fully indigenously designed and built model, which is manufactured by Integral Coach Factory, Chennai, and boasts of next generation amenities such as personalised reading lights, modular bio-vacuum toilets and cushioned luggage compartments.

The train is India’s fastest yet, travelling at speeds of up to 180 km/hour in test runs. Prime Minister Narendra Modi is set to inaugurate the train for its first run on the Delhi-Varanasi route on 29 December.