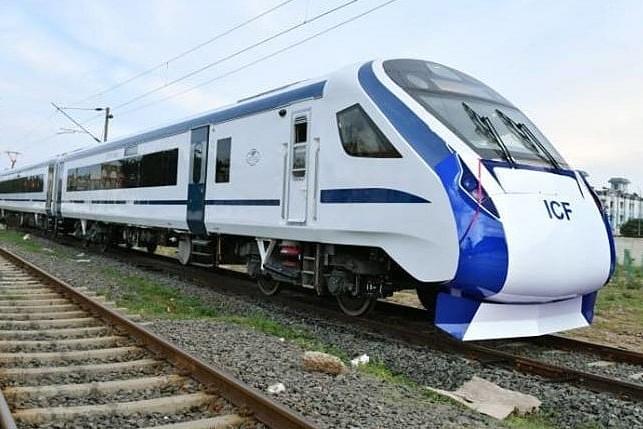 As per the Chief Public Relations Officer (CPRO) of the Northern Railways, the main drivers screen and few side windows of the Vande Bharat Express were hit by stones on Saturday (24 February) during its journey from Varanasi to New Delhi, the New Indian Express reports.

He said that a shower of ballast had come flying towards the engineless train near Uttar Pradesh’s Achalda, when the train on the adjoining line, the Dirugarh Rajdhani ran over some cattles.

“The stone chunks hit the driver’s windscreen and one each side outer glasses of windows of coach numbers C4, C6, C7, C8, C13 and two glass panes of C12, causing damage,” the CPRO said.

The statement adds that the technical staff in the train did an assessment of the damage and found out that the train was fit to run after a careful examination. “So it carried on its onward journey to its destination station at its normal speed. The Train has since then reached New Delhi railway station at 11.05 pm,” the statement said.

The CPRO of Northern Railways also said that the officials noticed the damage and put on safety sheets, ensuring that the passengers are not inconvenienced during the journey on Sunday. The train left from Delhi to Varanasi on Sunday morning (24 February) on the scheduled time.