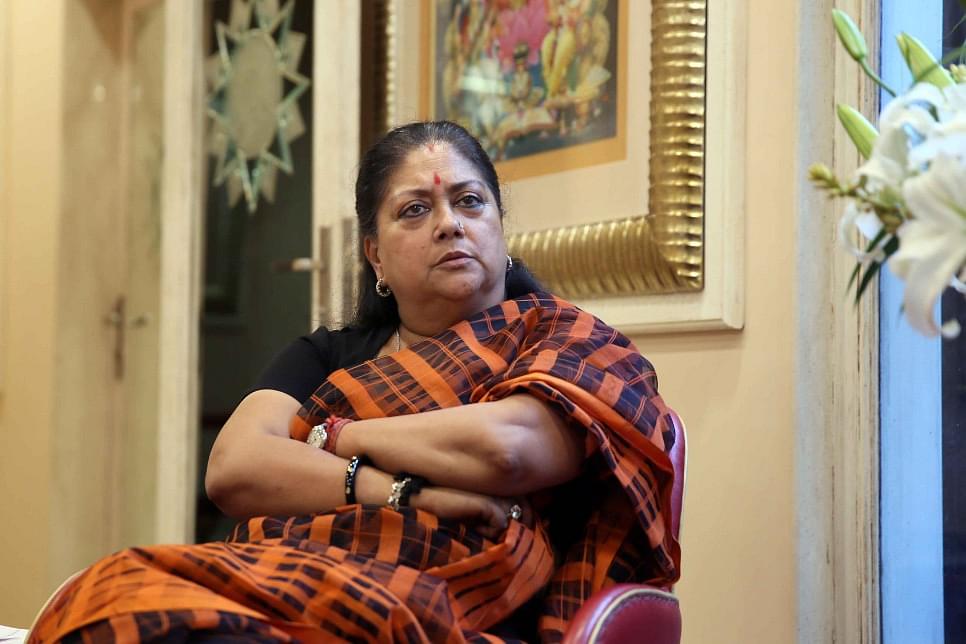 Former Chief Minister of Rajasthan and senior Bharatiya Janata Party leader Vasundhara Raje is making efforts to return to the forefront in state politics. The BJP faced a setback in state politics with Congress returning to power.

Raje and her supporters including some former MLAs are making their presence felt in the party's state unit, and the state media unit of the party.

However, the former Chief Minister, who commands influence and clout in state politics could be facing some hurdles from the state unit itself.

Jagran has reported that the state unit wants Raje to look towards Delhi instead of Rajasthan after becoming active in the state.

They have even expressed their displeasure at her idea of travelling across the districts in the state. BJP's state unit is headed by Satish Poonia.

Raje is expected to meet senior cabinet members in Delhi and put across her concerns regarding the situation in the state after meeting party chief J P Nadda and general secretary B L Santosh.

BJP chief J P Nadda's team is expected to see expansion. Last month, the much awaited event was rumoured to see Raje find a role in Delhi. Though senior BJP leaders in Delhi would wish to see Raje transform into a Delhi-centric role, she could still be looking at strengthening her position within the state.

On his part, Poonia is expected to have a set of tasks regarding Raje and her supporters fulfilled.

One of them is to accommodate party colleagues from Raje's camp in state responsibility, visibility, the various important morchas and prakoshthas -- appointments for which are yet to be made.