Vatican Finally Opens Its Archives on Pope Pius XII, Described As “Hitler’s Pope” For His Tacit Support To Nazis 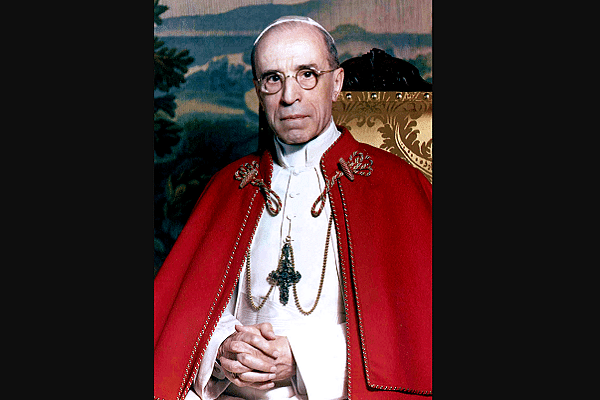 The Catholic church has finally relented and agreed to open its archives on the controversial Pope Pius XII, dubbed as “Hitler’s Pope”, The Guardian has reported.

Scholarly accounts have highlighted the dubious role played by Pope Pius XII during the Holocaust when millions of Jews were killed by the Nazi regime in Germany.

Pope Pius XII has been accused of maintaining a strategic silence as Jews were led to their deaths in the millions during the Holocaust. Some have even accused him of conniving with Hitler. Jewish groups have maintained that he turned a blind eye to the genocide. He neither signed an Allied declaration in December 1942 condemning the Nazi extermination of Jews nor did he protest the deportations of Jews from Rome to Auschwitz.

Historian and Campaigners have long requested the Catholic Church to reveal what Pope Pius XII knew and did during the Holocaust.

Acceding to their demand, Pope Francis announced the archives would be unsealed in March 2020, eight years ahead of schedule. Francis has claimed that Roman Catholic church is “not afraid of history”.

In 2016 Francis said he was open to the idea of throwing open the Vatican and archives and even went on to defend Pius XII as “a great defender of Jews”.

The beatification effort led to renewed demand for access to Vatican archives increased in 2009 after Pius was declared “venerable,” the second of four stages on the way to sainthood.

As per a historic account maintained in Yad Vashem, Israel’s Holocaust memorial and museum, Pius “did not intervene” when Jews were rounded up and deported from Rome to Auschwitz.

Pope Pius XII’s tacit support to Adolf Hitler’s ascent to power and failure to stand up for priests who spoke out against the persecution of Jews have been condemned.

Vatican has also faced charges that it supported Italian fascist leader Benito Mussolini. The 1.2 square miles of real estate in central Rome came in exchange for the church’s support of his fascist regime.