Veil Has No Religion. If You Want To Ban ‘Islamic’ Burqa, Prohibit ‘Hindu’ Ghunghat Too: Bollywood Lyricist Javed Akhtar 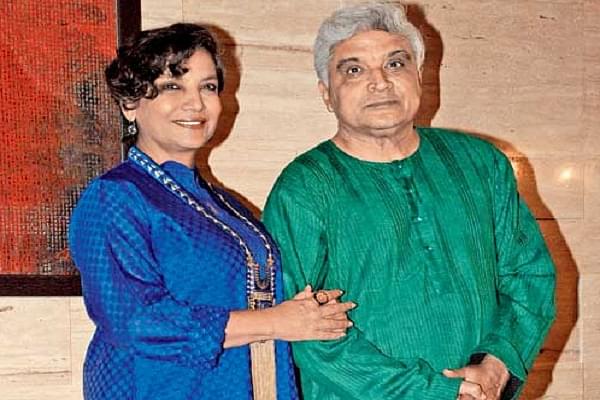 Wading in to yet another controversy, noted Bollywood lyricist and screenwriter Javed Akhtar on Thursday (May 2) said he will not oppose enacting a law banning the burqa (veil worn by Muslim women), if it is accompanied with a similar action against the “ghunghat” (veil worn by Hindu women) – a system prevalent among women belonging to few communities in parts of Rajasthan.

Critics have accused Akhtar of often underplaying the threat of Islamic fundamentalism by equating it with fundamentalism in other religions including Hinduism. Akhtar’s inability to unequivocally criticise Islamic terror and his fixation with prevarication has invited criticism.

Akhtar’s comment came in the wake of the Shiv Sena mouthpiece Samna urging the Narendra Modi government to follow the example of Sri Lanka in banning the burqa on grounds of national security.

Sri Lankan President Maithripala Sirisena on Sunday (28 April 2019) decreed a ban on any form of face covering that can hinder the identification of any individual under emergency regulations. The emergency law will prevent Muslim as well as other women from veiling their faces in public. The decision comes after the cabinet of the Sri Lanka government had proposed laws banning face veils in a recent meeting. The restriction takes effect from Monday (29 April 2019).

The development comes as a follow up to the terror investigation that has pointed towards the involvement of a large number of women in the attacks. Burkha has also been used by males to engage in terrorist activities by hiding their identities.

“If you want to bring a law banning burqa here (in India) and if it is someone’s view, I have no objection. But before the last phase of election in Rajasthan, this government should announce a ban on the practice of ‘ghunghat’ (covering of the face by Hindu women) in that state,” Akhtar said. “I feel that ghunghat should go and the burqa should go. I will be happy,” he added.

The Bollywood veteran said: “I have little knowledge of the burqa as there were working women in my family and I haven’t seen the practice at my home.” “Iraq is a very orthodox Muslim country but the women there do not cover their faces. The law in Sri Lanka (now), too, forbids face cover,” he said.