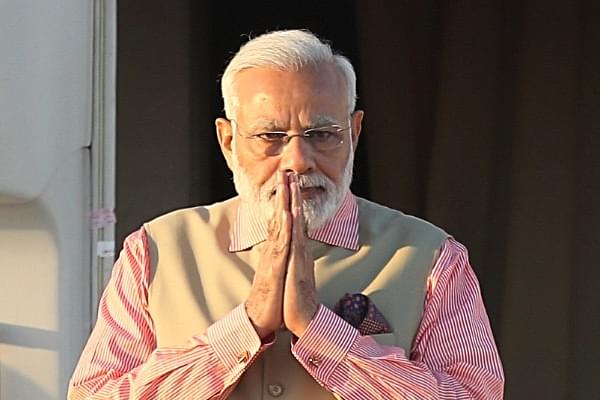 Amidst admiration from different corners of the World, Ayushman Bharat initiative which aims to provide insurance cover of Rs five lakh per annum to 50 crore people had attracted the likes of World Health Organisation (WHO), reports Financial Express.

Calling the scheme “ A Great Commitment” WHO’s Director General praised Narendra Modi and thanked him for his commitment in a tweet yesterday (7 September).

It was Prime Minister Modi’s vision to make healthcare “accessible and affordable” to all Union Health Minister J P Nadda responded to the tweet.

Thank you for your kind words @DrTedros & a very fruitful meeting.
Our PM envisions to make healthcare accessible and affordable for all.
Under #PMJAY, an insurance cover of Rs 5 lakh will be extended to 50 Cr people- "equal the size of the population of America, Canada, Mexicoâ. https://t.co/a5gmTIziir

Prime Minister Narendra Modi During his Independence Day speech from the ramparts of the Red Fort this year, had said his government would launch the scheme on 25 September, the birth anniversary of Pandit Deendayal Upadhyay. The scheme aims to target the poor, deprived rural families.

An occupational category of urban workers’ families, constituting 8.03 crore in rural and 2.33 crore in urban areas( 10 crore in total), were identified from s per the latest Socio-Economic Caste Census (SECC) data.

The ambitious healthcare scheme is the world’s largest and aims to benefit more than 10 crore poor families in the country.