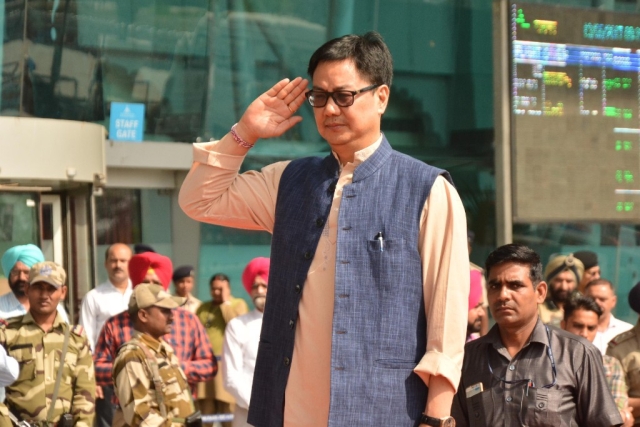 The Union Minister of State for Home Affairs Kiren Rijiju congratulated the security forces for successfully handling the security scenario in the North Eastern States with the region recording a 50 per cent decline in the levels of violence since the last four and a half years.

The security situation in North East have seen a significant improvement over the past four and a half years. Rijiju made the remarks while addressing delegates at the twenty-fifth Conference of DsGP/IsGP and Heads of Central Police Organisations (CPOs) of the North-Eastern Region in Itanagar.

The region faces both internal as well as external threats due to the geography of the region and its proximity to international borders and he complimented the security forces for seamlessly handling the situation.

Rijiju also stressed upon the importance of coordination, cooperation and flawless intelligence between central and state police forces in the security of the region. Further he said that the Assam Rifles Academy at Diphu (Karbi Anglong district, Assam) has been designated for specialised training of North East police in counter-insurgency operations.