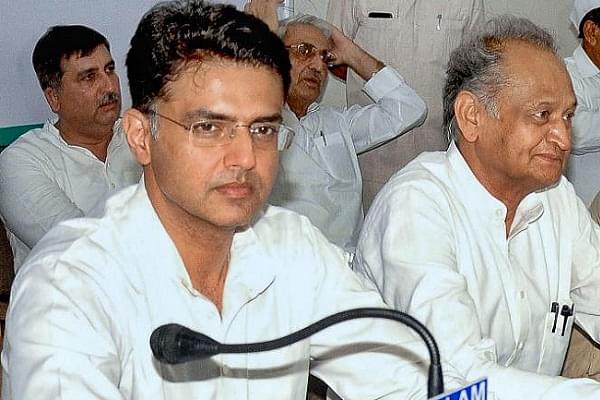 The Supreme Court (SC) on Thursday (23 July) observed out loud that the voice of dissent cannot be suppressed, or else democracy will shut down. It also wanted to know whether there was democracy within the Congress party.

The apex court was hearing a plea by Rajasthan Assembly Speaker C P Joshi challenging the Rajasthan High Court decision extending the time for Sachin Pilot and 18 rebel Congress MLAs to reply to the anti-defection notice of 14 July.

A bench headed by Justice Arun Mishra and comprising Justices B R Gavai and Krishna Murari took up the matter up through video conferencing.

“Voice of dissent cannot be suppressed …then democracy will shut. After all they have been elected by the people. Can they not express their dissent?” Justice Mishra queried senior advocate Kapil Sibal, who is representing Joshi.

Sibal argued that if MLAs want to voice their opinion they should do so before the party.

To which, Justice Mishra asked, “Is there democracy within the party or not?”

The bench asked Sibal, can a whip be issued for attending a party meeting?

Sibal denies Joshi issued a whip for the meeting and said “It was only a notice not a whip.”

Justice Mishra asked Sibal isn’t this is a case where party members cannot raise voice against their own party?

Sibal contended before the bench that it is for the Speaker to decide whether not attending meetings outside the House is grounds for disqualification. “But it is about a lot more than not attending a meeting. It is about their anti-party activities,” argued Sibal.

The bench noted that whether a valid Whip can be issued to attend party meeting. “Is Whip valid only for attending Assembly or for a meeting outside?”

Sibal insisted that this is not a Whip, instead it is a notice issued by the Chief Whip of the party.

Sibal said, “Neither any court nor any other body can decide that. Your lordships cannot presume that disqualification will be ordered.”

The bench said what Speaker will decide nobody can say. The hearing on the matter will continue.

The Rajasthan Speaker moved the apex court on Wednesday and sought urgent hearing in the matter. “It is respectfully submitted that the impugned order passed by the High Court is in effect a stay on the powers of the Speaker under the Tenth Schedule to adjudicate on a disqualification petition,” said the plea through advocate Sunil Fernandes.

The plea urged the apex court to pass an interim ex-parte order staying the July 21 order of the Rajasthan High Court.