VVPAT Count Final Should There Be A Mismatch With EVM Tally, EC Instructs State CEOs Ahead Of Counting On 23 May 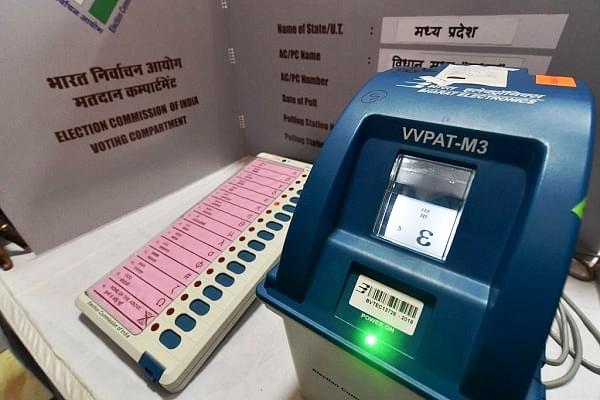 The Election Commission (EC) has instructed all state poll officials that if there is a mismatch between voter verifiable paper audit trail (VVPAT) and electronic voting machine (EVM) count, the former will be held valid, reports Zee News.

The EC, which will be conducting biggest democratic exercise of counting the ballot in the world’s largest democracy on 23 May, is set to cover nearly 10.35 lakh polling stations where 17.4 lakh VVPAT machines and 39.6 lakh EVMs are being used.

The poll panel, citing rule 56 D(4) (b) and 60 of the Conduct of Election Rules, has instructed all the state CEOs to recount the VVPAT slips, in case of a mismatch with the number displayed on control unit of EVM, until the tally matches either the EVM result or one of the previous VVPAT slip counts.

The Supreme Court, on 7 May, had asked the EC to conduct random matching of VVPAT slips with EVM in five polling booths per assembly segment, which means the exercise will be held in 20,600 booths of the 10 lakh polling stations.

One control unit with at least one ballot unit, where buttons are placed, constitute an EVM while VVPAT machine dispenses a slip with the symbol of the party for which a person has voted. The slip, which the voter cannot take home, appears on a small window for seven seconds and then drops in a box.