‘Want To Give Modi A Tight Slap Of Democracy’: Mamata Banerjee Continues Attacks On Prime Minister 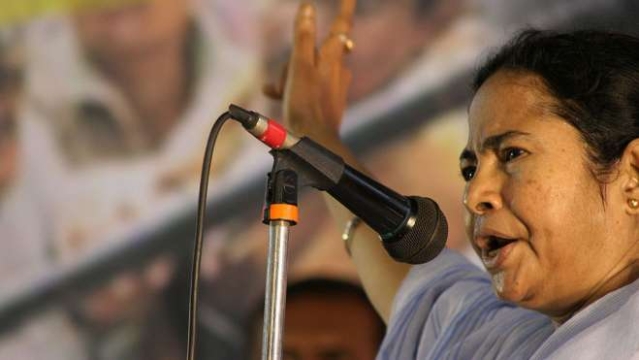 West Bengal Chief Minister Mamata Banerjee in a latest attack on Prime Minister Narendra Modi has vowed to give him a tight slap of democracy, ANI has reported.

During a speech in Purulia, Mamata claimed that money doesn’t matter to her and took objection to Prime Minister Modi’s alleged statement calling her a ‘toll collector’.

#WATCH West Bengal CM Mamata Banerjee in Purulia: Money doesn't matter to me.That is why when Narendra Modi came to Bengal and accused my party of being Tolabaaz (Toll collector), I wanted to give him a tight slap of democracy pic.twitter.com/JnE5xywWJI

In the video she was also heard expressing her scorn over pro-Hindu rallies being conducted in the state by people carrying “Gadas and swords”, whom she accused of being violent in nature.

Earlier Mamata had cooked up a storm by threatening to send Prime Minister Narendra Modi sweets filled with rocks, which will break his teeth. She had also refused to pick up his phone in the aftermath of Cyclone Fani and asserted that she does not consider him her Prime Minister.