Was Arnab Goswami Punished For Speaking Against Kejriwal? 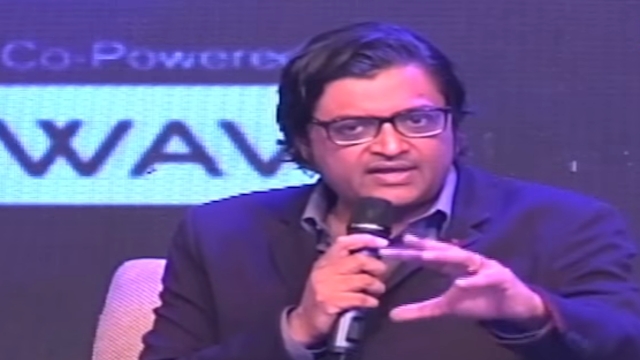 Journalist Arnab Goswami has claimed in an interview that he was denied entry into his own Times Now studio, days before he left the organisation.

Goswami, who is credited with the success of English language news channel Times Now, said that he was saddened after the incident. “I was denied from entering my own studio, it hurts when you are denied from entering the studios of a channel you built yourself,” he said while speaking at Media Fest Manthan 2017.

“Two days before I left Times Now, I was told you can’t do the programme. November 18 was my last day, I was not allowed to enter my own studio, the studio which I built. I was stopped from entering it,” he said.

Goswami, who is expected to launch a new media outlet Republic TV, has vowed to raise tough question. “I have declared my independence from the fake media, compromised media. I don’t need security, but we will raise these questions.”