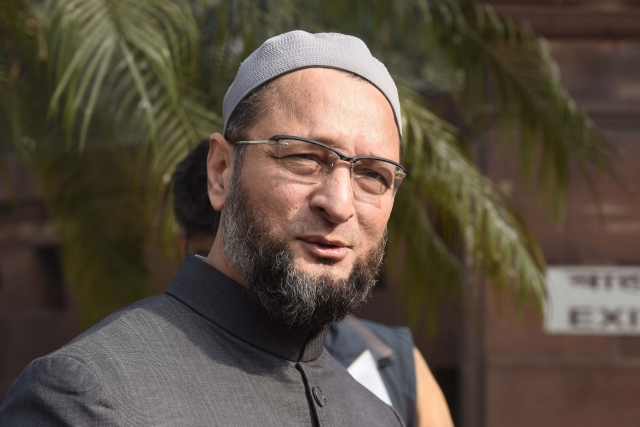 All India Majlis-e-Ittehadul Muslimeen chief asaduddin Owaisi on Saturday (19 October) denied the claims that he was dancing after an election rally in Maharashtra. He said, he was enacting the action of flying a ‘kite’, which is his party symbol, reported India Today.

In a video that went viral on social media, Owaisi was seen performing a dance step while getting down the stage after addressing an election rally at Paithan Gate in Aurangabad on Friday (18 October).

Maharashtra: AIMIM Chief Asaduddin Owaisi performs a dance step after the end of his rally at Paithan Gate in Aurangabad. (17.10.2019) pic.twitter.com/AldOABp2yd

However, the Hyderabad MP clarified that he was only enacting his party’s election symbol to spread awareness among the people.

"The electoral symbol of my party is the kite. After every gathering, we enact the action of flying a kite in order to spread awareness among the people. Someone edited the video and added a song to it. The media said that I was dancing. This (video) is wrong," he told reporters.

Maharashtra is going to polls tomorrow on 21 October where his party AIMIM is fighting on several assembly seats. The results will be declared on 24 October.