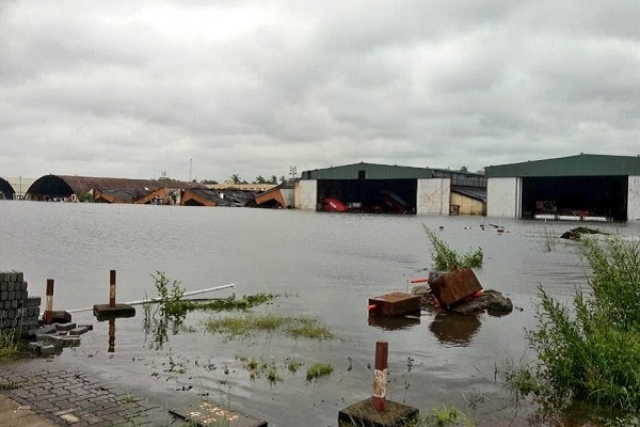 The super-cyclone Amphan wrecked havoc and destruction in large parts of Kolkata on Wednesday (20 May) including the airport - a large part of which was flooded due to the storm.

A video tweeted by ANI shows collapsed and hangers including an aircraft partially submerged till its wings. The flooding appears to have have extended till the runway but fortunately the area near the main terminal and the aero-bridges appears to be relatively unaffected. Cargo flight operations remain suspended.

The cyclone is said to be one of the worst to have hit Kolkata in many years. Various buildings became submerged and streets were waterlogged.

Heavy rains and huge gush of wind storms damaged the roofs of several buildings and uprooted a massive number of trees across Kolkata and its adjoining Howrah district.

Most of the areas in Howrah and North 24 Parganas faced massive power cuts due to heavy rainfall. Roofs of several houses also collapsed as a result of the strong winds during the cyclonic spell. There have been damages inside the state secretariat building Nabanna as well.