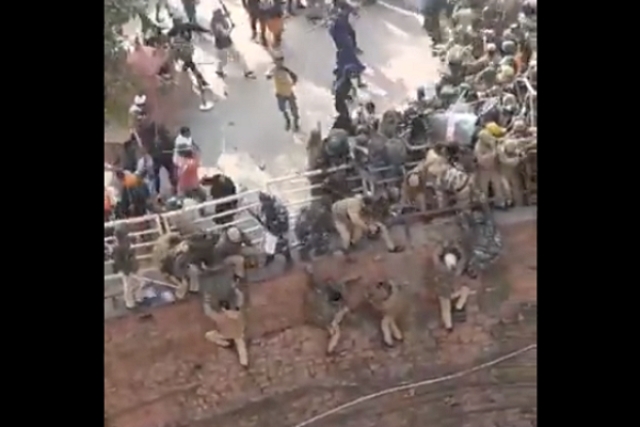 In a disturbing video shared by ANI, the violent farmer protesters can be seen brutally attacking police personnel, many of whom were forced to jump from a height into a moat to save themselves.

In the video the protesters can be seen brutally attacking the cops as they hung onto the railings of the Red Fort. Many though failed to push back the violent agitators and had to climb and jump into a moat to save themselves.

The farmer protesters also tied ropes on the Red Fort in an attempt to bring it down and desecrated it by unfurling a Sikh flag from its ramparts.

The farmer protesters also attacked the cops with swords and vandalised police and public vehicles.

In total 83 police personnel have been injured in today's attacks.