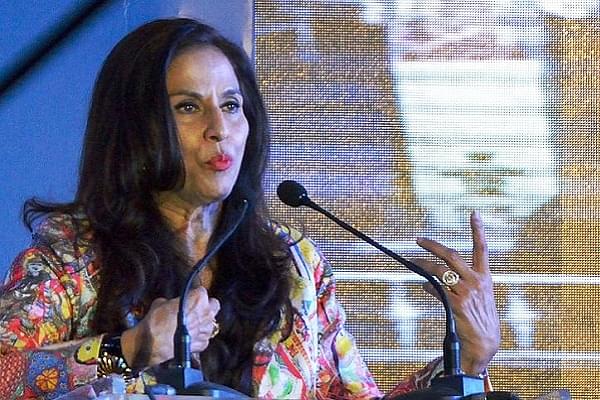 A video clip of former Pakistan envoy Abdul Basit has gone viral on social media wherein he is heard acknowledging that he got socialite columnist Shobhaa De to write an article which advocated a plebiscite in Kashmir.

As per a report by OpIndia, Basit made this statement in an interview with Pakistani blogger Farhan Virk.

In the video Basit recounts that after the protests which erupted in Kashmir following terrorist Burhan Wani’s death, he could not find a single journalist in India who could “correctly report about Kashmir”.

He claimed that it became a challenge to convince an India journalist to write an article advocating self-determination (plebiscite) for Kashmir.

He finally tasted success after he managed to meet and convince Shobhaa De to write an article in which she wrote about the need to conduct a plebiscite in Kashmir.

The article dating back to July 2016 titled, Burhan Wani is dead but he will live on till we find out what Kashmir really wants, De wrote:

Let’s see if the present government has the guts to go ahead with a referendum to resolve the Kashmir crisis once and for all. Let’s end the lingering pain in the region and allow Kashmiris to live in peace, with the dignity and harmony they are entitled to

Shobhaa De advocating for a plebiscite in Kashmir
Tags: