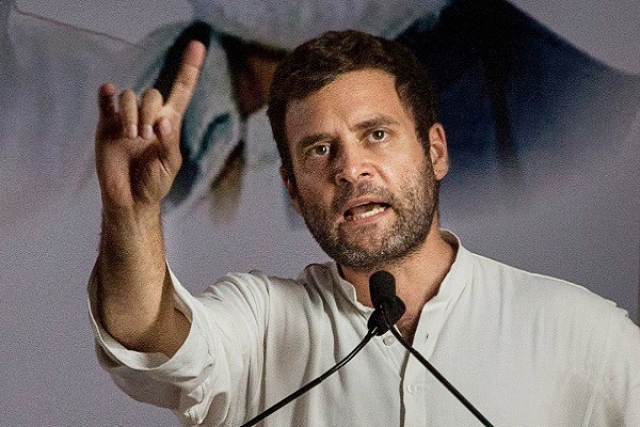 Congress President Rahul Gandhi who had recently called Modi government’s Make in India initiative a failure said on Thursday (27 September) that, within five years mobile phone would be Made in Chitrakoot.

Further, Rahul Gandhi after pulling out his phone told the crowd that he wants to see the day when a Chinese youth after clicking a selfie wonders about the location of Chitrakoot - where his phone was manufactured.

Incidentally, Rahul Gandhi had also incorporated mobile phones in his past speeches. In August he had questioned why Prime Minister Narendra Modi did not use a mobile phone manufactured by Bharat Heavy Electricals Limited (BHEL). BHEL does not manufacture mobile phones.

About a week ago, Rahul Gandhi had told a crowd in Rajasthan’s Dungarpur that he wanted them to have “Made in Dungarpur” mobile phones.