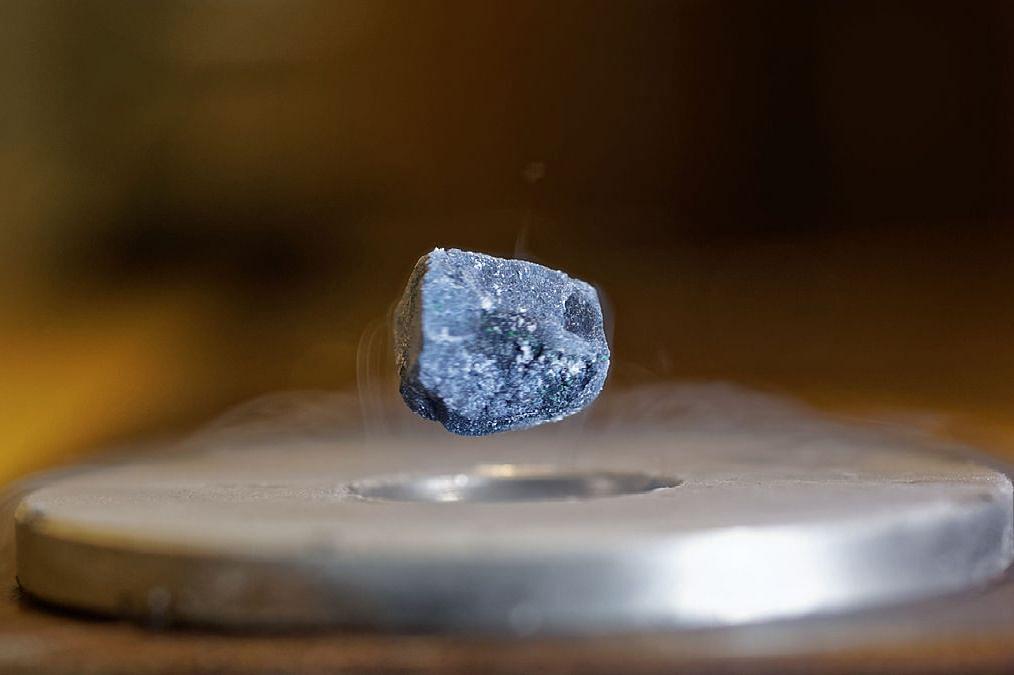 Days after posting a revised article in arXiv, a pre-print repository, researchers from Indian Institute of Science (IISc), Bengaluru, shared a video that shows clear evidence of superconductivity at ambient temperature and pressure, reports The Hindu.

In the video, nanoparticles made of gold-silver mixture (grey/black grains inside the tube) can be seen getting repelled and even levitating when brought close to a permanent magnet at different angles, showing strong diamagnetism, a property of the superconductors.

“We were able to achieve diamagnetism at ambient temperature and pressure,” he added.

Superconductivity at room temperature has been one of the most sought out problems in physics for almost a century. A material is termed as superconductor if the passage of electricity faces close to nil resistance. Such resistance is responsible for losses while transmission, practically limiting the distances to which electricity can be supplied from a source.

Earlier, Professor Anshu Pandey and team had claimed that their material exhibits major properties of superconductivity at ambient temperature and pressure. The material is in the form of nanosized films and pellets made of silver nanoparticles embedded in a gold matrix. Both metals do not exhibit superconductivity independently.