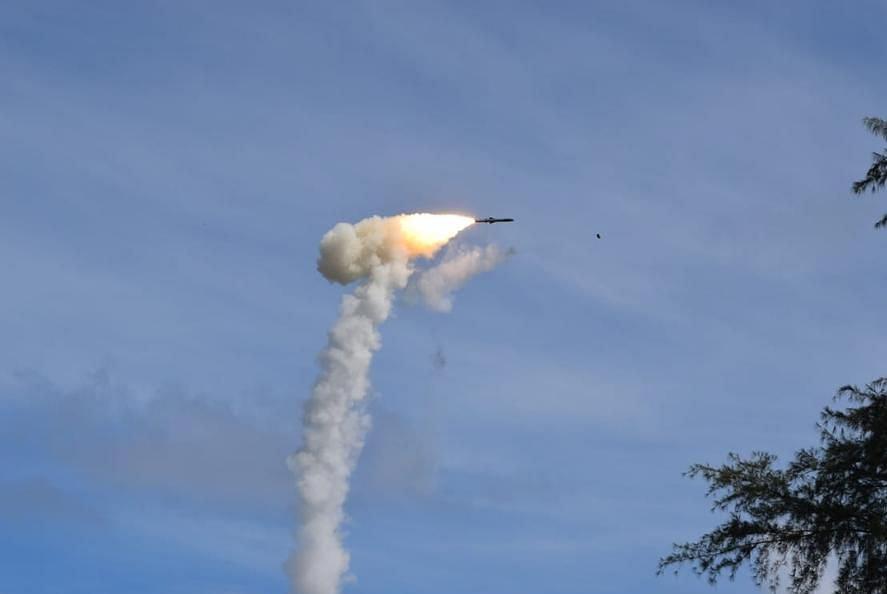 At 10 am today, the Indian Army test-fired a land-attack version of the BrahMos missile in the Andaman and Nicobar Islands chain.

The test was successful as the missile hit the target, which was located on one of the islands of the Andaman and Nicobar chain, with precision.

This was the fourth test of the missile in around 60 days.

The missile had been test-fired on 30 September by the DRDO. On 18 October, the Indian Navy launched the anti-ship variant of the missile from its INS Chennai, a Kolkata-class stealth guided missile destroyer. It was test-fired from a Su-30 MKI fighter of the Indian Air Force on 30 October.

These tests came at a time when the DRDO has been working not only on extending the range of the missile but also to increase its indigenous content.

The missile, which currently uses a Russian-origin seeker for guidance during flight, will soon get an Indian seeker. The missile has already been tested with an Indian seeker, and it will be ready for production soon.

BrahMos Aerospace is also working on extending the range of the missile as India has become a member of the Missile Technology Control Regime. A 400 km range BrahMos has already been test-fired, the makers of BrahMos are now looking at extending the range to 800 km and 1500 km, reports say.