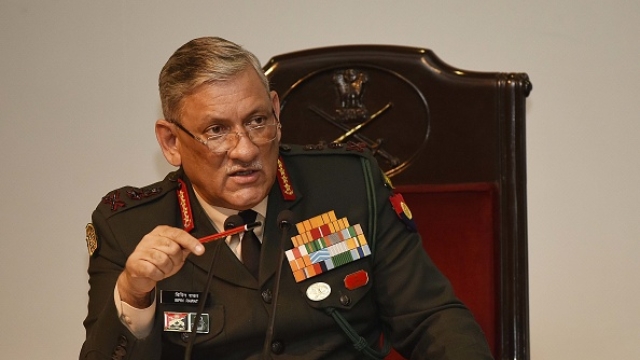 General Bipin Rawat on Thursday (10 January 2019) stated that military ties with China had improved after the talks at Wuhan; he mentioned how troops from the Sikh Light Infantry even performed ‘Bhangra’ with Chinese soldiers at the recently conducted joint military exercise in China, reports Hindustan Times. He also expressed support for India joining the group of countries involved in peace talks with the Taliban in Afghanistan.

“Do we have interest in Afghanistan is the first issue? If the answer is yes, then you can’t be out of the bandwagon. If you have interest, you step in,” Rawat stated at a press conference.

Rawat endorsed dialogue with the Taliban but stated that there should be no preconditions and discussions should be aimed at creating lasting peace in the war-torn country.

Currently, a group of countries including the US, Russia, Pakistan, UAE and Iran are attempting to bring Taliban to the negotiating table, even as US President Donald Trump has made a decision to cut troop levels in Afghanistan significantly, while the Afghan government continues to lose territory to the Jihadists.

However, Rawat clarified that the same approach cannot be adopted in Jammu and Kashmir, stating that it was a bilateral issue between India and Pakistan so there could not be third-party intervention.

“Come to the negotiating table and start talking. Shun the gun, give up violence and stop taking support from the western neighbour… If all that happens who says talks cannot happen….We are saying talks and terror cannot go on together… You have to see your national interest and take a line,” the Army chief stated.

He came down heavily on violence against security forces in Kashmir and stated that the separatists had to take a call to shun violence which was being encouraged by ‘somebody’ (Pakistan).

Rawat said that hostilities between India and Pakistan had not reduced even under the new government in the latter, with reports of 300 terrorists waiting near the border on the Pakistani side, looking to infiltrate into the state.