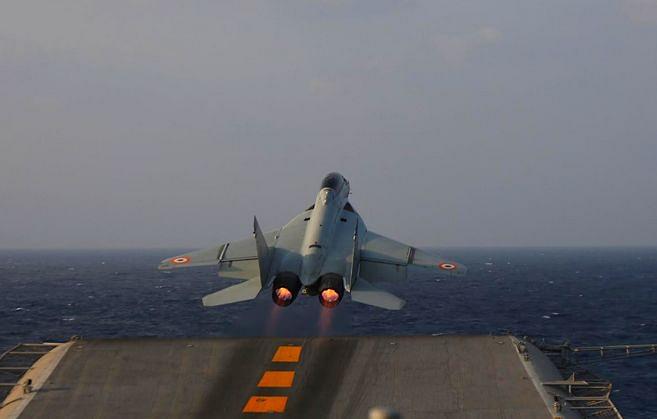 The video has highlights of the review of the Navy’s operational preparedness by Navy Chief Admiral Karambir Singh on 22 October.

During the Navy Chief’s visit to multiple frontline warships of the Navy for review, the Indian Navy conducted weapon firings, flying operations, fleet manoeuvres and combat drills to display its operational readiness.

“..Navy remains #MissionDeployed and #CombatReady as always,” the Navy said on Twitter when it posted the video on the micro-blogging site.

This video comes just days after INS Prabal, a Veer-class corvette, fired an anti-ship missile at an old ship with ‘deadly accuracy’ at ‘maximum range’ and sunk it.

This capability was demonstrated somewhere in the Arabian Sea.

On 18 October, the Indian Navy’s indigenously-built stealth destroyer INS Chennai had fired a BrahMos supersonic cruise missile. This was the second test of the BrahMos cruise missile in the last one month.

INS Chennai, the last of the three Kolkata-class stealth guided-missile destroyer, was inducted into the Indian Navy in the year 2016.