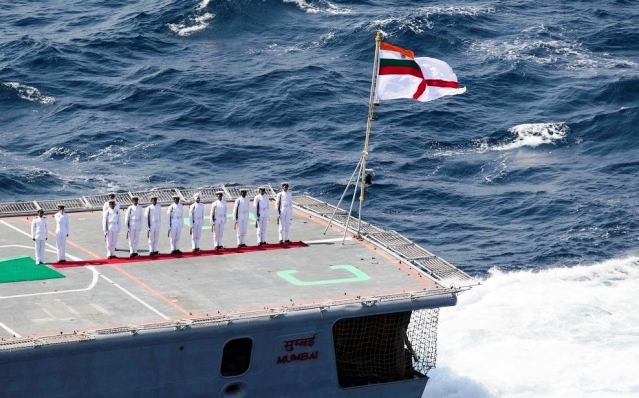 On this day in 1971, as war broke out on the eastern front between India and Pakistan, the Indian Navy launched a massive attack on Karachi in West Pakistan. To commemorate the successful attack, which crippled the Pakistan Navy, India celebrates Navy Day on 4 December every year.

This year, ahead of Navy Day, the Indian Navy released a video displaying its warships and their firepower in the Indian Ocean.

Launching an attack before midnight on 4 December, the Indian Navy managed to destroy critical facilities at the Karachi base. Pakistan Navy Destroyer Khaiber, Minesweeper Muhafiz and MV Venus Challenger were sunk by the Indian Navy during the operation, crippling Pakistan’s naval operations.

The Indian Navy, which was fighting the war both in the Arabian Sea and the Bay of Bengal, did not suffer any damage during the attack on Karachi.

Called Operation Trident, the attack involved the participation of the Indian Navy’s three Vidyut-class missile boats and two Arnala-class corvettes. One Fleet Tanker of the Indian Navy was also deployed for support.