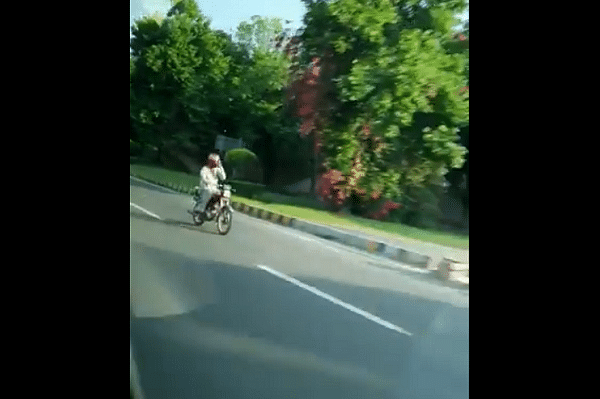 Pakistans spy agency Inter-Services Intelligence (ISI) has been harassing and intimidating India's top diplomat in Islamabad ever since two officials of Pakistani High Commission in New Delhi were deported for indulging in espionage activities.

Sources said the ISI has deployed several spies in cars and bikes outside the residence of India's Charge d'affaires Gaurav Ahluwalia. However, since Sunday, when two Pakistani High Commission officials were caught spying in New Delhi, ISI spies have been chasing Ahluwalia's vehicle.

A video clip circulating on social media showed a biker following the diplomat's vehicle. The government in New Delhi is yet to respond to the news of its envoy's harassment.

#WATCH Islamabad: Vehicle of India's ChargÃ© d'affaires Gaurav Ahluwalia was chased by a Pakistan's Inter-Services Intelligence (ISI) member. ISI has stationed multiple persons in cars and bikes outside his residence to harass and intimidate him. pic.twitter.com/TVchxF8Exz

On Sunday, law enforcement agencies caught red-handed two Pakistani officials, Abid Hussain and Mohammad Tahir, spying on the Indian Army. The duo used to meet Indian defence personnel as "businessmen" to get information for decoy news reporters. Both were declared persona non grata and have been expelled from India.