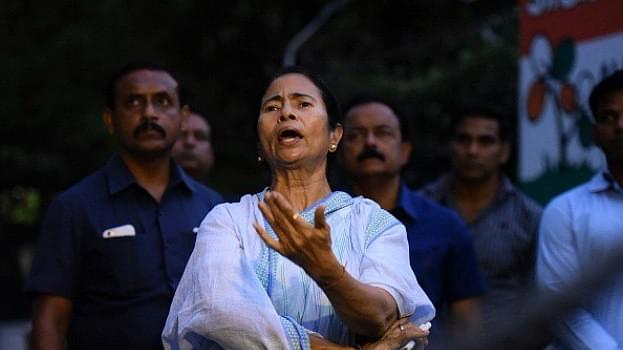 The sound of "Jai Shree Ram" is resonating throughout Paschim Banga. Is it possible for the CM-Mamata Banerjee to rudely stifle the voice of people?
Just hear her public lashing and make a note of the language used... pic.twitter.com/Mdzh7CqjzP

The video begins with Mamata purportedly threatening to flay the skins of locals and demanded that the authorities conduct a house to house search to identify locals who dared to chant Jai Shri Ram slogans and allegedly also attacked her car.

After Mamata got back inside her convoy the locals again began chanting Jai Shri Ram, which prompted Mamata to get down from her car and suffered a virtual meltdown.

She can be heard demanding that the sloganeers face her and proceeded to abuse and call them criminals. She also dismissed the people as “outsiders” and not natives of Bengal and vowed to “take action”.

During the Lok Sabha election as well, Mamata was angered over Mednipur locals chanting Jai Shri Ram and had got three of them arrested. The BJP later won that Lok Sabha seat.