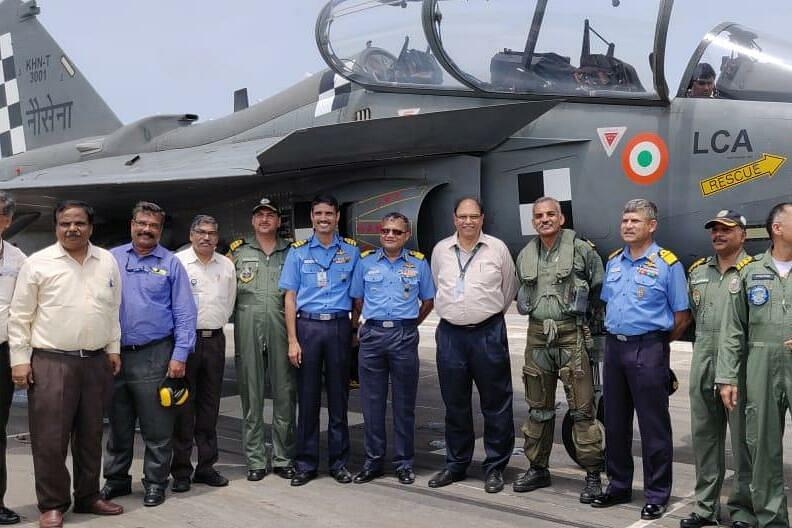 The Naval LCA Tejas. (via IndiaDefenceRA/Twitter)

The landing with arrestor wires was achieved at the Shore Based Test Facility (SBTF) by a two-seater variant of the aircraft in Goa, as reported by The Hindu.

The naval variant of the Tejas has several customisations made to the air force variant to allow it to operate from aircraft carriers. The naval variant has stronger landing hardware allowing it to be airborne within 200 meters as compared to the 1000 meters with normal runways. It also sports a special hands-free-take off mode making it easier for the pilot to operate.