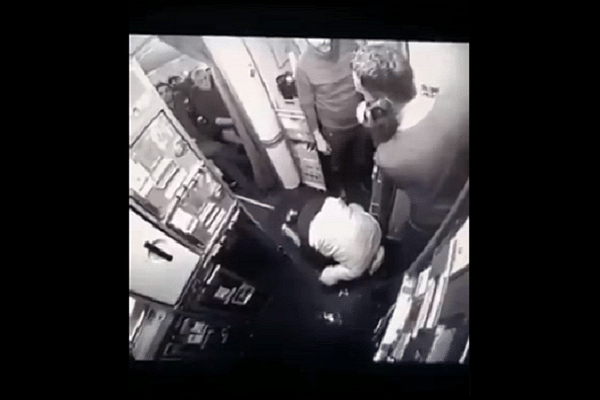 A passenger in a flight headed to France assaulted the flight crew for informing the pilot about his act of offering namaz on board the plane which blocked the aircraft passageway and the toilet.

In a video shared by ex-Muslim Waleed Al-husseini, the passenger can be seen performing the Namaz at the end of the aircraft while the flight Stewarts purportedly informed the pilot about this act.

This did not go down well with the passenger who after patiently completing the Namaz stood up and hurled a punch at the crew member standing right opposite to him.

Another video on social media shows him getting into a scuffle with security personnel as they tried to take him into custody.