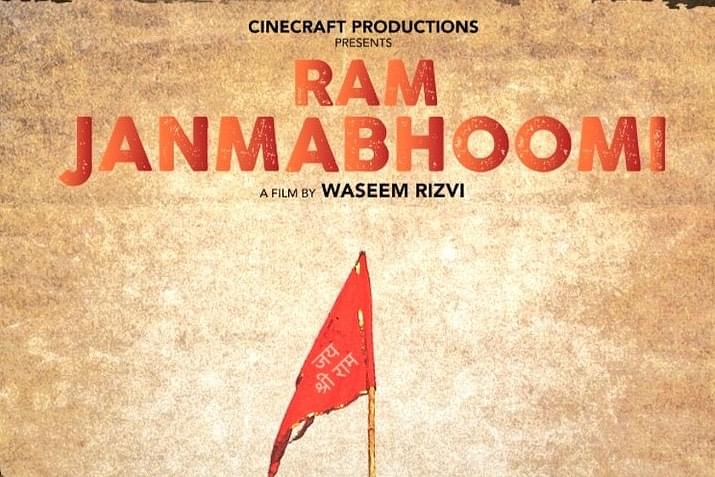 Syed Waseem Rizvi, the Shia Waqf Board Chairman, has produced and written a film on the Ayodhya’s Ram Temple movement named “Ram Janmabhoomi”, set to release by December end, as reported by Hindustan Times.

Rizvi supports construction of Ram temple at the site in Ayodhya and has also tried to broker an out-of-court settlement between two parties. “In lieu, a mosque ‘Masjid-e-Aman’ should be constructed in Lucknow,” said Rizvi at the release of the trailer and poster of his film “Ram Janmabhoomi” in Lucknow on Monday (19 November).

The poster of the movie depicts the picture of the fifteenth century ‘Babri-Mosque’ in Ayodhya that was razed on December 6, 1992. A saffron flag is depicted as flying atop the structure with the words ‘Jai Shri Ram’ written in Hindi.

The movie not only chronicles the history of the disputed site, but also highlights the role of politicians and radical clerics fanning the religious hatred between Hindu and Muslim communities.

The movie also highlights social evils prevalent in Muslim community like Halala. The practice mandates a woman to be married and the marriage be consummated with another man before her ex-husband, who gave her talaq, can remarry her.

Rizvi said that there was never a mosque at the temple site as a ‘masjid’ cannot come upon a disputed site. “Some ‘misguided supporters of Babar’, however, were out to spoil the atmosphere in the country over the disputed structure built by Babar’s commander Mir Baqi, he added.

The movie starts with the significant day when then CM of Uttar Pradesh, Mulayam Singh Yadav ordered police open fire at kar-sevaks. “The incident changed the communal atmosphere of the country,” Rizvi said.

Watch the trailer below.

Rizvi said that the film was shot on a shoe-string budget of 25 lakhs, facing troubles in Ayodhya and Faizabad. He said that money was owed to the team who only took a token amount, which would be given once the movie released.