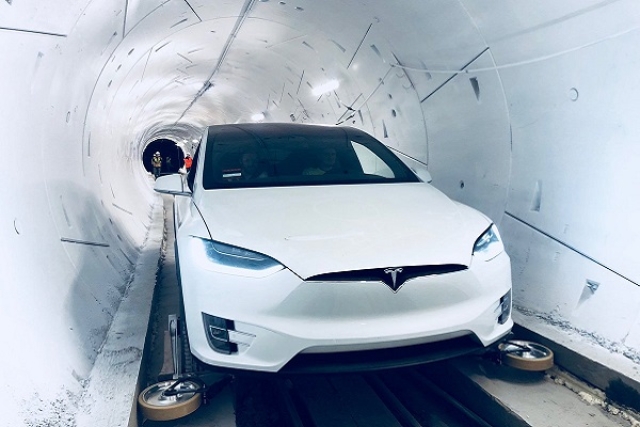 The loop is envisioned as a high-speed underground public transportation system in which passengers are transported on autonomous electric skates travelling at 125-150 miles per hour. Electric skates carried a Tesla car in the first video demonstration of the company.

The company plans to drastically bring down the tunnelling cost by 3-4 times by reducing the diameter for a one-lane tunnel to 14 feet from the current standard of 28 feet.

Modified electric vehicles with alignment wheels or placing vehicles on stabilised electric skates ran on the tunnel. The company is also working to significantly increase the speed of the Tunnel Boring Machine (TBM). The first demonstration of this technology has generated a lot interest on social media.

Also Read: What The Boring Company Now Has In Store For Mass Transit