What The Boring Company Now Has In Store For Mass Transit 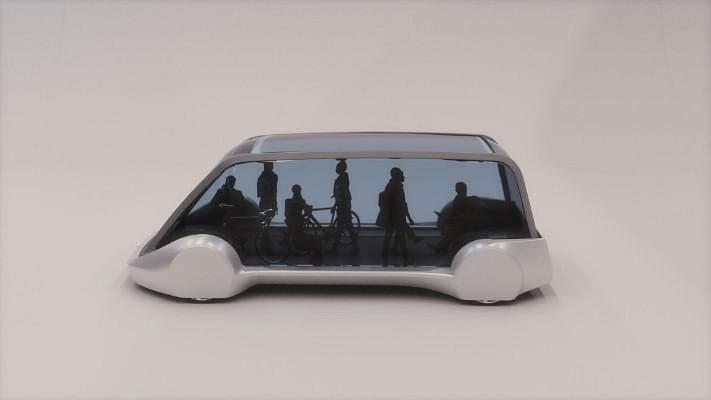 All tunnels and the Hyperloop will prioritise pedestrians and cyclists over cars, Elon Musk tweeted recently. (Photo: The Boring Company)

Frustrated with traffic, SpaceX and Tesla founder Elon Musk had tweeted in 2016 that he was “going to build a tunnel boring machine (TBM) and just start digging” as a way out of this persistent problem. Thus was born “The Boring Company” (TBC), Musk’s latest venture at the time.

Original video renders of the project indicated that underground tunnels built by TBC would be used for high-speed carts on guided pathways to carry vehicles with speeds of up to 240 kph (150 mph). Not just that, a year later at a press conference, Musk even mocked mass transit systems.

However, Musk seems to have had a change of heart. Just last week, he published a series of tweets that this system, along with the Hyperloop, would prioritise pedestrians and cyclists over cars. TBC’s system will now have thousands of small stations of the size of a single parking space, from where passengers could enter and exit the system.

Musk’s rationale behind this idea is simple – his tweet says if someone doesn’t own a car, they should go first as a matter of fairness and courtesy.

To highlight his point, he put out a short video clip describing what he calls “The Loop” with pods seating eight to 16 passengers, being lowered into the tunnel from the streets.

Better video coming soon, but it would look a bit like this: pic.twitter.com/C0iJPi8b4U

TBC’s system seems to be similar to the personal rapid transit (PRT) system that is already functional in several places, and known in India as the pod taxi system. However, there is a difference, though subtle, that changes how things work.

What defines TBC is the fact that the vehicle starts at the ground level and then goes underneath to join the tracks, as opposed to people entering a station and then boarding a vehicle. Put simply, passengers don’t go to the train, but the train comes to the passenger.

This presents a shift in how accessibility and public transport go together. While globally, public transport has strove to be accessible to disabled patrons, the situation is vastly different in countries like India. Barring the metro systems and a few bus rapid transit systems, public transit in India is largely antagonistic towards people with disabilities. It is only in the last couple of decades that Indian cities have seen low-floor buses, the tactile path (again, mostly at metro stations), and braille signage. Coupled with a half-hearted attempt at providing accessibility – tactile paths and level ramps simply disappear once you exit a metro station – something of the kind Musk is now proposing, could just be what is needed.

Another factor that plays out is flexibility. Right now, the most flexible form of transport is the four-wheeler, which can be used in any way and at any point in time, and which makes systems like Ola Share and UberPool popular. However, for mainstream applications, it is the bus which represents flexibility in transport. Musk’s new plans are arguably adding that flexibility to the system. And then he mentioned multiple levels of tunnels – 20 to 30 layers of them – to create what he called a truly three-dimensional transport network; this system can practically take you anywhere across the network, much like the Glass Elevator from Roald Dahl’s Charlie and the Chocolate Factory. It could very well result in a setup where each street in a neighbourhood would have a station of its own.

Not everybody is enthusiastic about the project like Musk, though. Wired reports that engineers and politicians seem less impressed, even after the changes were announced. Engineers in the United States feel that the project would suffer from bureaucratic and political hurdles, and they aren’t far from the truth.

Closer home in India, we know how long these tunnels would take to build. While large-scale tunnels – such as the Konkan Railway and the Mumbai-Pune Expressway – are out of the question, tunnelling under our cities to build a metro rail line isn’t known to be a quick affair. Further, the private sector in India has not been keen on taking up large-scale tunnelling projects, the most notable of them being the case of Reliance Infra and Mumbai Metro’s second line. One can only imagine the lack of interest when it comes to building 20 or 30 levels of tunnels.

In the political realm, sceptics abound. When the Company recently appeared before the council of Culver City, a suburb of Los Angeles, to propose the construction of a 10km (6.5mi)-long “proof of concept” tunnel with their own funds, the council wasn’t too impressed.

However, TBC, along with several others in the transport sector including Volvo’s Electromobility platform, does represent a shift in how transit projects are carried out. It signals a move away from existing setups where different companies work together to create a project, to a model where a single company builds the network’s infrastructure and vehicles and also operates it. This new development mechanism might very well turn out to be the future of public-private partnerships (PPP) in the transport infrastructure field for years to come.

Whether Musk will succeed in his venture, only time (and money – lots and lots of it) can tell. But if he does, the light at the end of the tunnel (no pun intended) will redefine how we commute.