Watch: Trade Unionists From CPM And Muslim League Fight Each Other In Kerala Over Fish Market Dispute 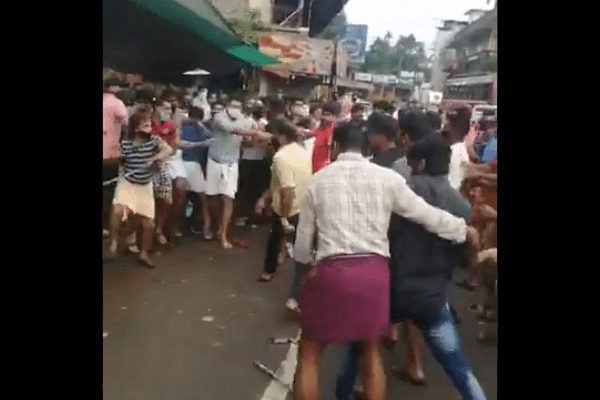 Screengrab of the fight

A clash erupted between trade union members affiliated to the CPM and the Muslim league today (20 August) at the Perambra fish market in Kozhikode.

As per a report by Matrubhumi, trade union members of Muslim League's STU (Swathanthra Thozhilali Union) and CPM's CITU (Centre of Indian Trade Unions) started fighting over selling fish at the market.

A few STU trade unionists had joined the CITU a few days ago. A CITU leader took them to sell fish at the Perambra market which is considered a STU territory.

A verbal altercation began after the CITU activists were blocked by the STU members and the matter soon escalated as an all out fight began between the two groups.

The Congress led UDF has alleged that a mob of 100 CITU activists led by the standing committee chairman for Covid-19 protocol enforcement attacked the STU activists.

A case has been registered in the matter and the district administration has said that all involved in the fight should be quarantined.