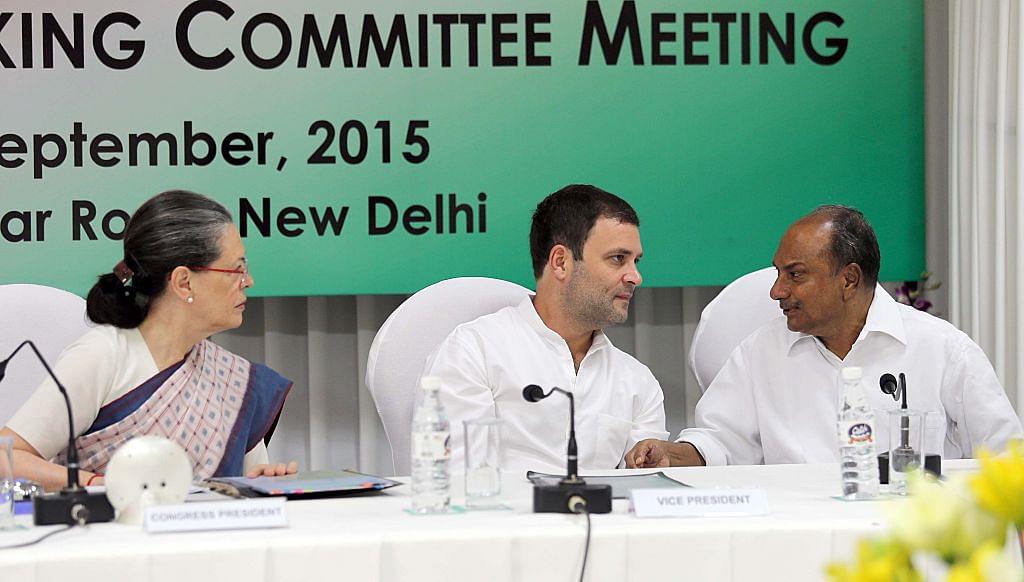 A K Antony, who was the minister of defence in the Congress-led United Progressive Alliance (UPA) government, had in February 2014 said that the government had not finalised the price of the Rafale fighters, Headlines Today had reported.

“We are yet to settle the cost,” the channel, which was renamed as India Today in 2015, had quoted Antony as saying.

This comment, which was made while Antony was addressing the media after inaugurating Defexpo 2014 at Pragati Maidan in Delhi, contradicts Congress President Rahul Gandhi’s claim that the UPA government was buying Rafale fighters at a cost lower than what the Narendra Modi government negotiated.

The Congress President, who has changed the price of Rafale aircraft four times in five months, had claimed at his Jan Akrosh Rally in New Delhi that the fighter jet was costing the government 700 crore.

"When Manmohan Singh was prime minister each Rafale aircraft would cost Rs 700 crore," said Gandhi. “But Modi went to France and the price became Rs 1,500 crore. It just becomes double right away," he added.

At the same event in 2014, Antony had said that the government has no money to go ahead with the procurement of 126 fighter jets.

“There is no money left. All major projects have to wait till April 1,” Antony, who had a seven-and-a-half-year long tenure, the longest for an Indian defence minister, had said when asked about the procurement of Rafales.

He had said that there was “delay” but “negotiations are going on, because of shortage of funds, the deal will finalise in the next financial year”.

The UPA, when in power, was negotiating for 126 Rafale fighters. Of these, 18 were to be supplied in a fly-away condition and 108 were to be manufactured in India along with Hindustan Aeronautics Limited. However, the UPA could not seal the deal due to the difference with Dassault.