Watch: US, Australian Warships Head Towards Bay Of Bengal For Malabar Exercise With India Amid Tensions With China 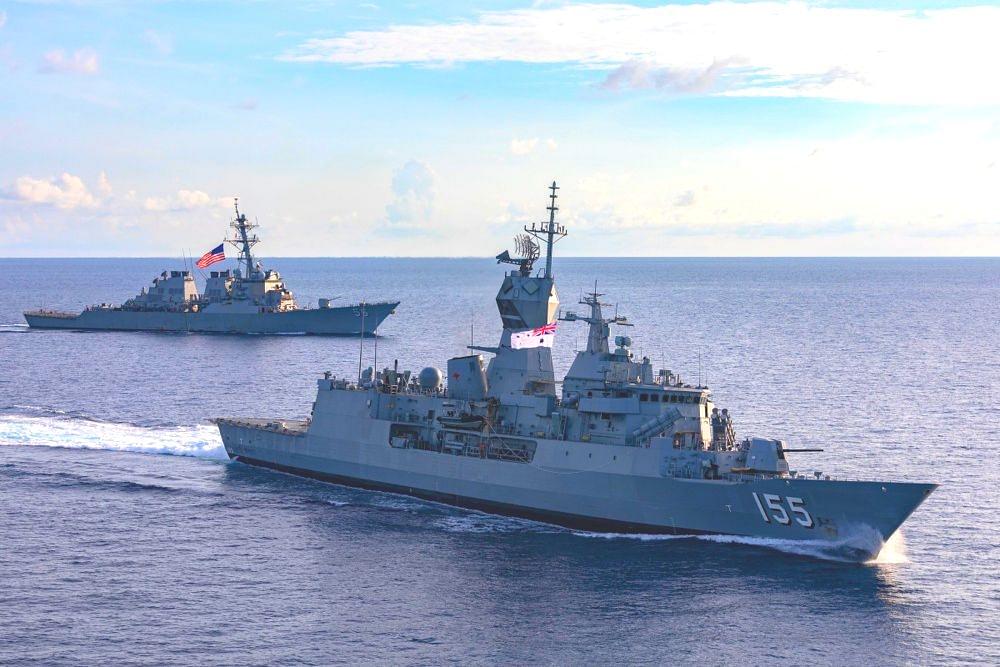 US Navy’s destroyer USS John S. McCain and Australian Navy’s frigate HMAS Ballarat are headed towards the Bay of Bengal in the Indian Ocean for the first phase of the Malabar Exercise with India between 3 and 6 November.

The exercise will see the navies of all four countries of the Quad grouping (India, the US, Australia and Japan) carrying out missions together in order to enhance maritime coordination in the Indo-Pacific region.

The second phase of the Malabar exercise will take place in the Arabian Sea off the west coast of India between 17 and 20 November.

This is the first time since 2007 that the Australian Navy will be part of the multilateral naval exercise. The Narendra Modi government had extended an invitation to Canberra to participate in the exercise last week.

This development comes at a time of renewed focus on the Quad. Amid tensions with China in the South China Sea and the Himalayas, foreign ministers of India, Japan, the US and Australia had met in Tokyo last month.

India and the US held the annual 2+2 dialogue in New Delhi earlier this week and agreed tp enhance cooperation in the maritime domain.

Over the last few years, India has signed logistics exchange agreements with Japan, Australia and the US to improve coordination.