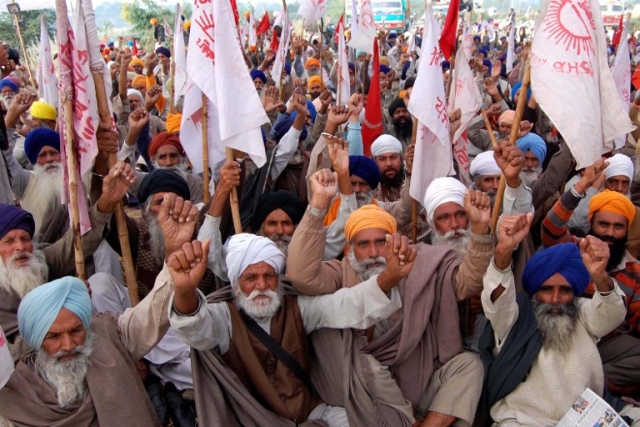 Farmer protesters today (26 January) broke their promise made to the government and indulged in major violence as they entered Delhi on pretext of their tractor rally.

This violence has now extended to attacking Delhi Police personnel, vandalising their vehicles and also vandalising a DTC bus. The videos of the same were shared by ANI.

It was earlier reported that the agitating farmers broke barricades set by police and forced their way into Delhi from Singhu and Tikri borders amidst the Republic Day celebrations at Rajpath.

One of the farmers even tried to attacked the police personnel using a sword and some climbed atop a water cannon vehicle.