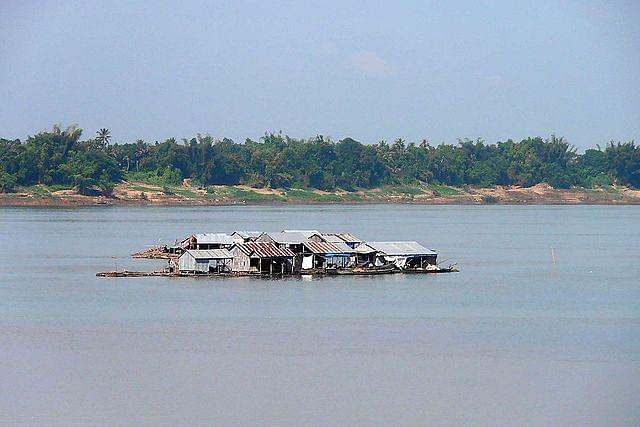 New research from American climatologists has shown that China held Mekong’s water using dams while the countries down south the river including Thailand, Vietnam and Cambodia, which depend on its water, suffered a drought last year, reports New York Times.

US research company Eyes on Earth released its findings in a report. It said China was not suffering from a lack of rain at the time.

According to the report, during last year’s wet season, Chinese section of the Mekong had an above-average volume of water while the downstream countries were stricken by a drought so crushing that parts of the river dried up entirely, leaving cracked riverbed exposed in a season when fishing should have been plentiful.

China has 11 dams on the Upper Mekong River. However, no information has been released by China about how much water the dams are using to fill their reservoirs. Eyes on Earth said those reservoirs can hold more than 47 billion cubic meters of water, reports VOA.

Besides the drought, the findings from the study have indicated that sudden floods on the lower Mekong in the past years could be attributed to China's regulation of the Mekong flow -- discharging overabundant water to avoid floods in the Lancang stretches.

The study shows that the rise in the severity and frequency of drought and floods on the lower Mekong was largely caused by China stocking up on water.

Mekong is not the only river originating from the Tibetan plateau whose water has been held back by China. Brahmaputra, another river that begins from the icy reaches of Tibetan plateau and passes through India, have also been dammed in China.