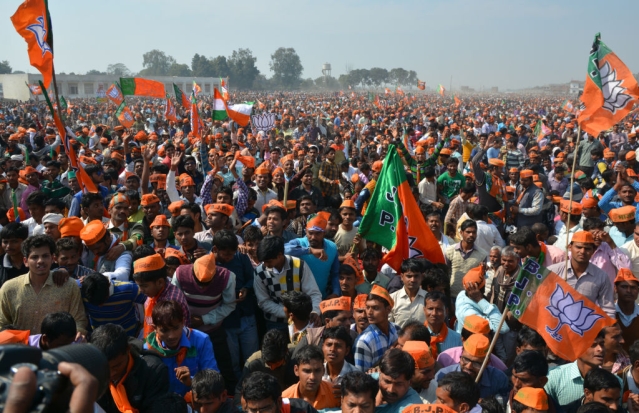 Amid beating of drums and cymbals, former Maharashtra Chief Minister (CM) Devendra Fadnavis led the rally that started off from Bagha Jatin Park and ended at Maldaguri near Darjeeling More.

BJP activists and supporters from all eight districts of north Bengal took part in the rally, which drew a large number of people from the Matua Mahasangh - a body of lower caste Hindus who migrated to India from Bangladesh during and after the Partition in 1947.

High on enthusiasm, the participants carried the tricolour and the BJP flag shouting their support for CAA during the "Abhinandan yatra (thanksgiving rally)" that expressed its ratitude to Prime Minister (PM) Narendra Modi for passing the Act.