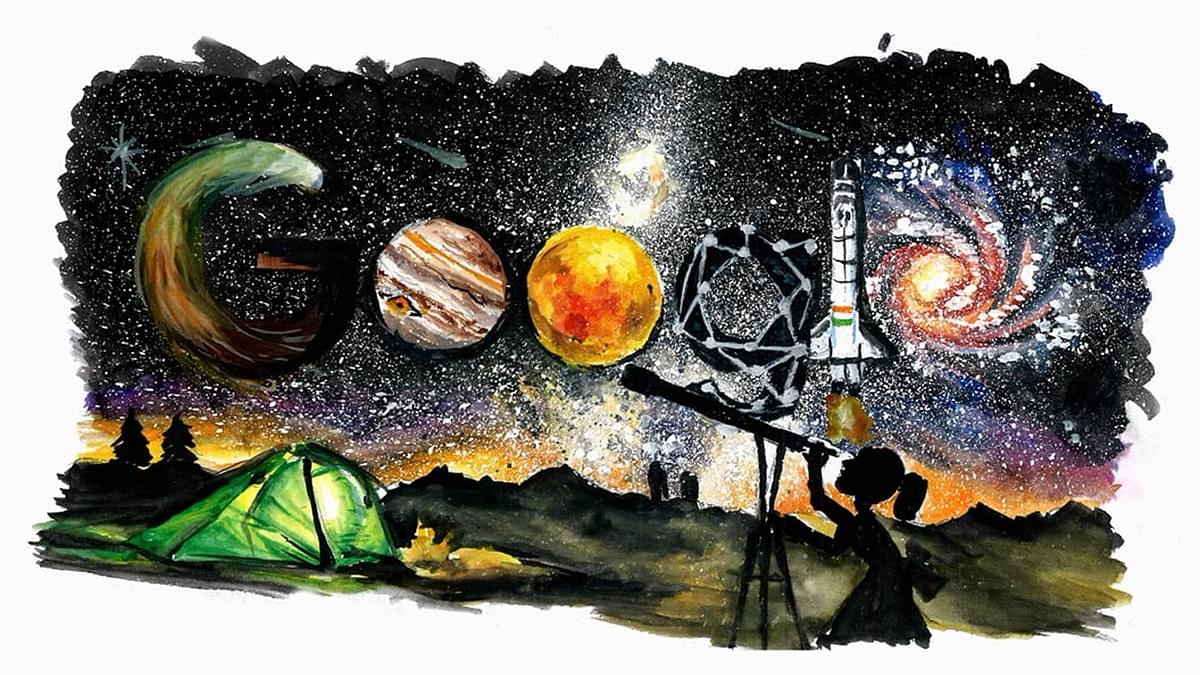 Pingla Rahul More, a participant from Class VII-VIII category from Mumbai has emerged as the winner of the annual "Doodle 4 Google" contest, as announced by Google India, reports The Hindu.

A Space exploration doodle featuring a young girl camping in a hillock gazing at the night sky with a telescope has won Ms. More the top prize.

The Doodle 4 Google contest was themed “What inspires me?" was open for students from Class one to ten under five categories based on the age of the participant. The contest saw participation of 75,000 schoolchildren all over the country.

"I was extremely inspired by space exploration as there is still so much more to know about our Universe." said More. Her doodle was shown on Google’s India website on Wednesday (14 November).

The winner will get Rs 5 lakh college scholarship and Rs 2 lakh 'Technology package' for their school in addition to a trophy and a trip to Google India Office.