When It Comes to Scheduled Tribes’ welfare, Kerala’s Record Is Dismal 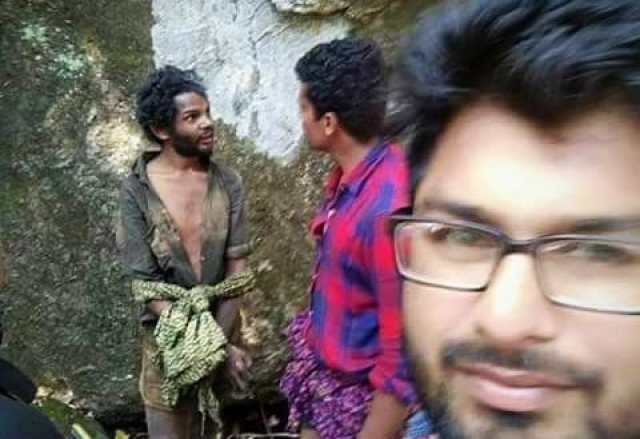 The mob clicked selfies as the Kurmba youth, Madhu, was being tortured. (divekrish via Twitter)

The lynching of a tribal, Madhu, in Kerala’s Attapadi block of Palakkad district has brought the spotlight on treatment of schedule tribes in India’s most educated State. Madhu, who was mentally unstable, was beaten by a group of persons allegedly for stealing food articles from shops in Agali town.

Media reports said post-mortem revealed injuries on the head, bruises all over the body, broken ribs and internal bleeding. Kerala police have arrested 16 persons in connection with the killing of Madhu, a Kurumba tribe that is listed in the Scheduled Tribes list. What has outraged people across the country is that the mob that killed him took selfies even while it thrashed a hapless Madhu. The Union Home Ministry has sought a report from the Kerala Government on the lynching.

Non-governmental organisations working in tribal areas of Kerala point out that the lynching incident is not an isolated one. It is large part of a social issue in the State where tribal people are being discriminated, media reports said.

According to the National Crime Records Bureau, crimes against scheduled tribes increased over 10 per cent in 2016 (2017 data are not available yet) to 182 against 165 the previous year.

Malayalam daily Malayala Manorama reported that funds allocated for welfare of Scheduled Tribes have been under-utilised. The Centre has allocated Rs 714 crore for the 2017-18 fiscal and only Rs 85 crore has been spent.

According to the Kerala Institute for Research Training and Development Studies of Scheduled Castes and Scheduled Tribes, Kurumbas are among the five primitive Tribal groups in Kerala that make up five per cent of the State population. Kurmbas habitat the Attapady block of Palakkad district, where the population of tribals is over 40,000.