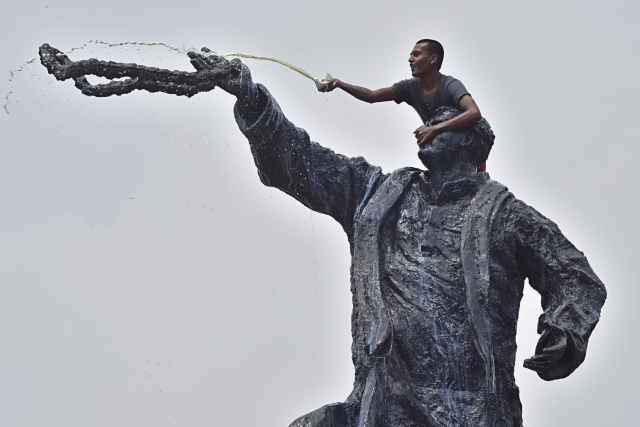 The two workers who partook in the vandalism are identified as Meetpal Dugri and Gurdeep Singh Gosha. The members believe that Gandhi was the chief architect behind the gruesome riots and that all his statues countrywide should be removed.

On the other hand, the Punjab Chief Minister, Captain Amarinder Singh, took a jibe at Akali Dal leaders Parkash Singh Badal and Sukhbir Singh Badal and said they were indulging in ‘petty politics’, warning that this can end up being disastrous in the upcoming Lok Sabha elections. Congress leader Gursimran Singh Mand cleaned the statue with his turban and milk.

Sukhbir Singh Badal lashed out against Amarinder and tweeted “You @capt_amarinder should apologise to the Sikh Sangat for failing them as CM and standing with hated Gandhi family. The community has shown what it thinks of Rajiv Gandhi in Ludhiana. Don't disrespect the sentiments of Sikhs," reported New Indian Express.