Why Only For Marathas? Gives Us Too - Muslims Form A Kranti Morcha To Fight For Reservation 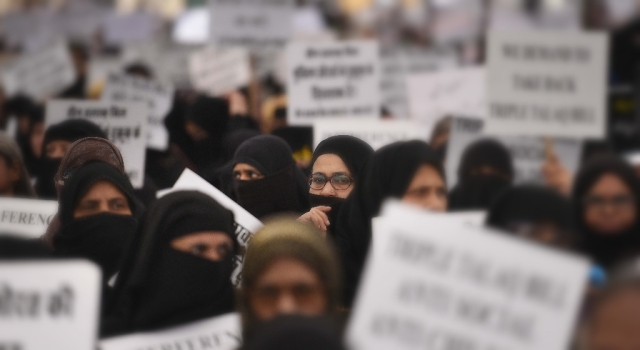 Even as the Maratha quota stir intensified in Maharashtra, the Muslim community in the state has sought 10 per cent reservation in jobs and education.

The Muslim community has floated an outfit called Muslim Kranti Morcha which will serve as an umbrella organisation spearheading the fight for reservation. The Morcha will soon be launching state-wide agitations, hunger and silent marches to highlight their demand for reservation.

The decision of forming Muslim Kranti Morcha was taken on Friday at Islam Gymkhana. The meeting was attended by the representatives of All India Muslim Personal Law Board, Aman Committee, All India Ulema Council, Khilafat House, Samajwadi Party MLA Abu Azmi, and non-governmental organisations.

In October 2014, the previous Congress-Nationalist Congress Party (NCP) government which had given five per cent reservations for Muslims in education and jobs. However, the Bombay High Court while upholding the reservation in education scraped the proposal for reservation in jobs.

The BJP-led government, which succeeded the Congress-NCP regime, did not re-promulgate the ordinance that gave Muslims reservations in education.

Former minister and Congress MLA Arif Naseem Khan accused the BJP of ignoring the demand by Muslim community for reservations.

“The BJP government is not serious about giving reservations to the economically backward Muslims,’ said Pathan, adding, “We have repeatedly demanded the 5% Muslim quota in Maharashtra but the government has turned a deaf ear.”