‘Will Pay It Back With Interest’: Mayawati Makes Veiled Threat Against EC For Banning Her From Campaigning 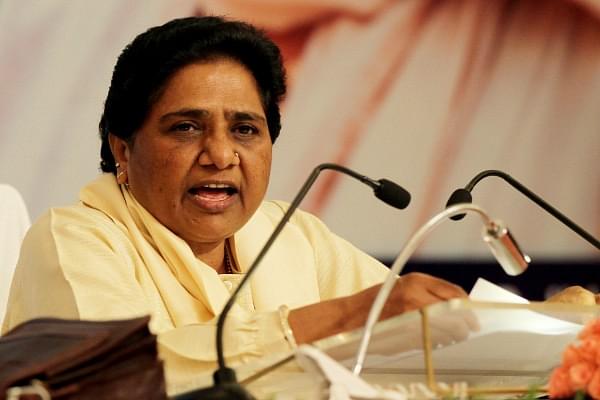 Alleging that there was a hidden agenda behind the Election Commission (EC) imposing a 48-hour gag order on her, Bahujan Samaj Party (BSP) chief Mayawati on Monday (15 April) hit out at the poll panel and termed the order as “unconstitutional and anti-democratic”, reports Hindustan Times.

“I am sure people will understand the hidden agenda behind EC’s order. The order is unconstitutional and anti- democratic. I appeal to people to turn up in large number and be my voice,’’ Mayawati said at a press conference in Lucknow, as reported by HT.

The EC, on Monday (15 April), had barred Uttar Pradesh Chief Minister Yogi Adityanath and Mayawati from campaigning for 72 and 48 hours respectively for their controversial speeches.

She also attacked the EC for what she said its lack of courage to act against the Prime Minister.

“The EC is not able to gather courage to act against Prime Minister Narendra Modi who has been asking votes in the name of martyrs,” she said.

The BSP supremo also warned that she will get even if she gets a chance. “If we get a chance of forming the government at the Centre then we will pay it back with interest,” she said, as reported by HT.