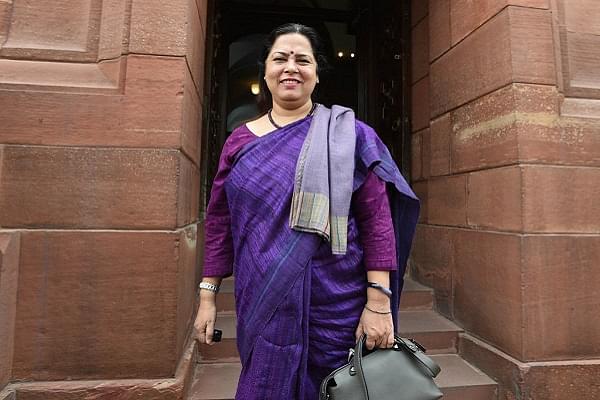 BJP’s Member of Parliament Meenakshi Lekhi on Friday (4 January) launched a passionate defence of Sabarimala traditions in the Lok Sabha.

In the backdrop of massive protests by Sabarimala devotees in Kerala, Lekhi attacked the detractors by claiming that they neither understand Hinduism nor its rituals.

A clip of her statement was posted by the BJP on Twitter:

Kerala govt is unable to maintain law and order in the state and they are responsible for the deaths caused due to this - Smt @M_Lekhi raise Sabarimala issue in Lok Sabha pic.twitter.com/j3gZzMuVrB

In the video she questioned whether the Supreme Court would decide how Jesus took birth or which body should be buried or cremated.

Further taking on the Supreme Court she rhetorically asked whether it would rule that the 41 day abstinence marked by Sabarimala devotees be reduced to a smaller time-frame.

She also attacked the Communist Kerala government’s high-handed action against the devotees and slammed the manner in which it sneaked in two women into the temple.

During the speech she hit home the point that rituals of certain religious groups need to be left alone and negated claims that Sabarimala is a civil rights issue.