With No Party Able To Form A Government, President’s Rule Imposed In Maharastra On Governor Koshyari’s Recommendation 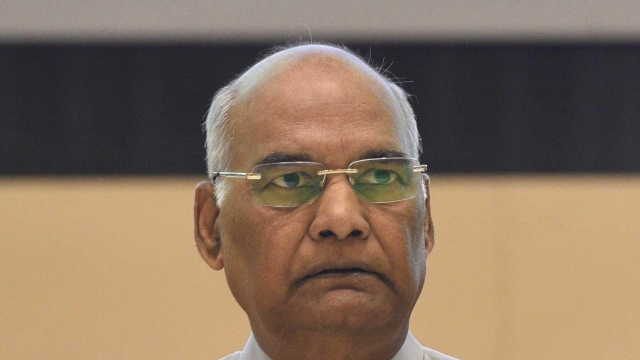 President's Rule was on Tuesday (12 November) imposed in Maharashtra where political parties failed to form government after the assembly polls last month, the Home Ministry said.

The decision was taken hours after Maharashtra Governor Bhagat Singh Koshyari recommended President Ram Nath Kovind to impose President's rule in the state, stating he was "satisfied that Maharashtra government cannot be carried on in accordance with the Constitution".

The President gave its assent after the Ministry of Home Affairs has sent the file on Governor's recommendation to impose President's Rule in the state to him.

On Sunday, the Bharatiya Janata Party (BJP) announced it would not form government in Maharashtra in view of the its ally Shiv Sena's stand to not join them in the efforts.

In the 288-member Assembly, the BJP emerged as the single largest party winning 105 seats, and along with its pre-poll alliance partner Shiv Sena was in a comfortable position to form government. The Shiv Sena, however, with 56 members refused to join the BJP in forming a government, insisting on rotational chief ministership.

The Shiv Sena has since been trying to form government on its own with the help of the Congress and the NCP, which had won 44 and 54 seats respectively.

Koshyari invited the BJP first to form the government on Saturday, but after the saffron party said it was not in a position to show majority, he invited Shiv Sena to form government on Sunday. The Shiv Sena, however, could not present support of adequate number of MLAs during their 24-hour time period.

Subsequently, Koshyari invited NCP to form the government in the state on Monday evening giving a deadline of 8 p.m. on Tuesday to demonstrate its support.