With Stellar Performance Of iPhones, Apple Doubled Its Smartphone Market Share In India In Q4 2020: Report 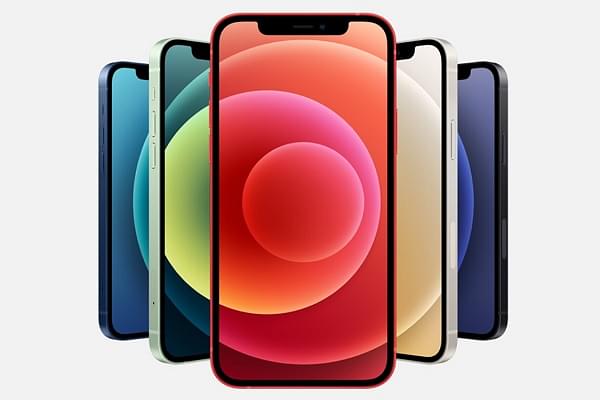 Riding on the stellar performance of iPhone 11 and XR, Apple for the first time doubled its smartphone market share in India to nearly 4 per cent in the festive quarter of 2020, a new report said on Monday (25 January).

Despite arriving in October, the iPhone 12 contributed significantly towards the rise of Apple in Q4 (October-December) in the country, according to data provided by market intelligence firm CyberMedia Research (CMR).

The tech giant registered over 60 per cent growth (yea-on-year) in its India business in the full year 2020 while for the festive quarter, the growth was an impressive 100 per cent (YoY).

For the calendar year 2020, Apple's total India smartphone share was about 2.4 per cent, which is a significant rise.

The tech giant registered over 60 per cent growth in its India business in the full year while for the festive quarter, the growth was an impressive 100 per cent.

"In doing so, it continues to gain on its enduring aspirational appeal. In particular, the new 5G-capable iPhone shipments did extremely well during the fourth quarter. We believe Apple is on track to grow further and gain strength in the year ahead, as it unveils its new India initiatives on the back of its new online store, and upcoming flagship retail stores," Ram added.

Apple CEO Tim Cook had revealed that the company set its September quarter record in India last year, also partly due to the launch of Apple Store Online that went live in the country on September 23, 2020.

Targeting Android mid-segment users as well as aspirational iPhone seekers, Apple brought the new iPhone SE to India, that looks like Apple iPhone 8 with the power of the iPhone 11.

The company in September quarter opened a direct online store, giving it several new angles in its go-to-market strategy, such as utilising device trade-ins to provide purchase incentives or bundling AirPods with iPhones to make them more appealing.

The online store marked the first time that Apple offered its full line-up of products directly to the region's customers, who previously had to buy items through Amazon India, Flipkart, or other authorised sellers.